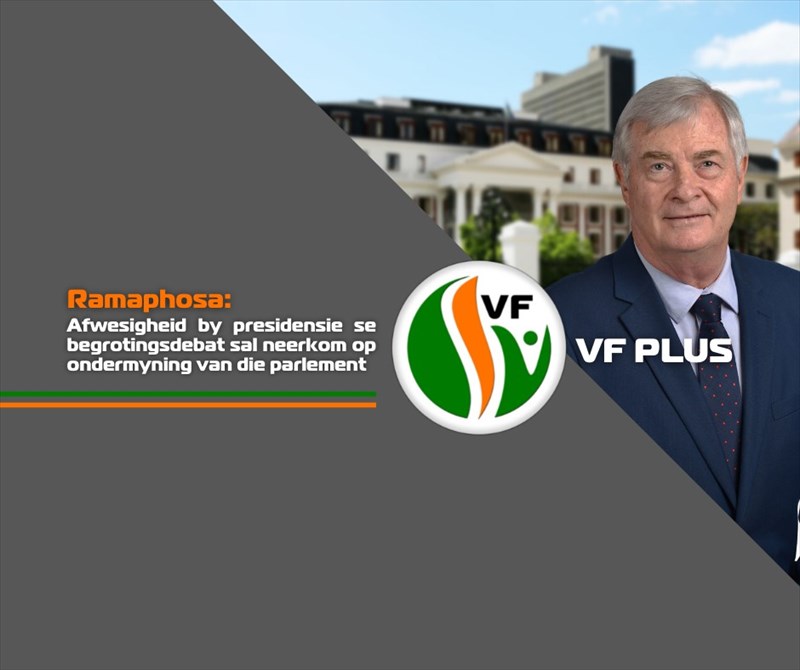 The announcement that President Cyril Ramaphosa will not deliver his speech for the Budget Vote Debate on the Presidency in Parliament on Thursday, but that Deputy President David Mabuza will do it on his behalf is totally unacceptable in the FF Plus's view.

President Ramaphosa is accountable to the South African Parliament.

With the Budget Vote Debate, he is essentially asking taxpayers for money for the Presidency, but now he will not be there in person to provide answers to questions by Members of Parliament.

If there is a valid reason why he is unable to attend the debate, it must be publicly disclosed.

It cannot be a matter of his schedule not allowing it, seeing as this is a very important meeting and its date was set a long time ago already.

If the President is ill, or if there is some other valid reason for his absence, the Presidency must disclose it.

The FF Plus will consider not taking part in the debate if President Ramaphosa himself is not there to fulfil his responsibility towards Parliament.

His conduct is undermining Parliament, and that is unacceptable.