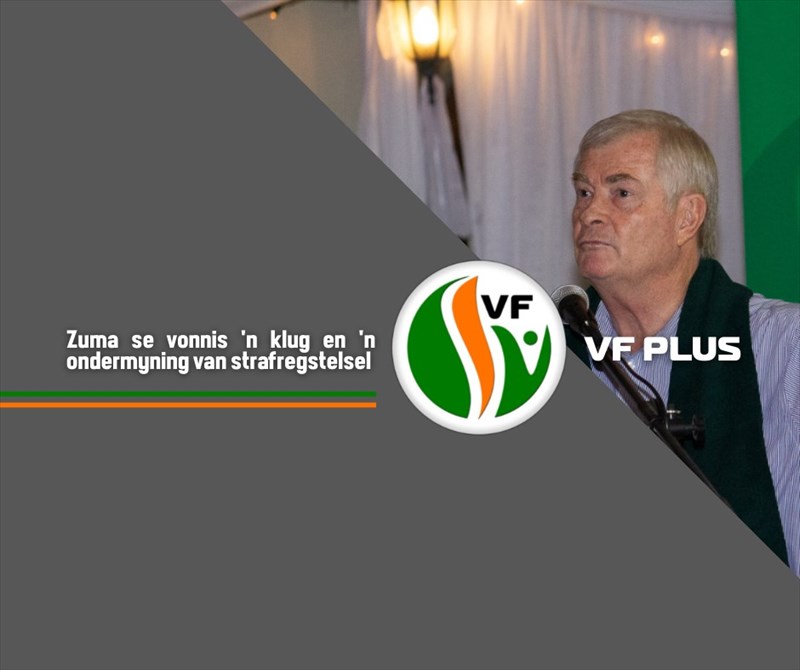 The fact that the Department of Correctional Services announced that former President Jacob Zuma has served his fifteen-month jail term serves as proof that his sentence was just for show this whole time.

When Zuma initially turned himself in to start serving his sentence, I warned that the entire process must be absolutely transparent to prevent a repetition of the Schabir Shaik saga.

But now that is exactly what has happened.

I blame government and the Department of Justice and Correctional Services for allowing Zuma's jail term to run out in this way.

Clearly, Zuma, a politician and the former President, received preferential treatment. It creates a dangerous precedent in South Africa and exacerbates the problem of impunity.

It comes down to Zuma evading his punishment for conduct violating the country's laws.

Whether Zuma did indeed have the right to be released on parole in the first place must be determined.

The FF Plus's view is that if his release was unlawful, he must serve the rest of his sentence.