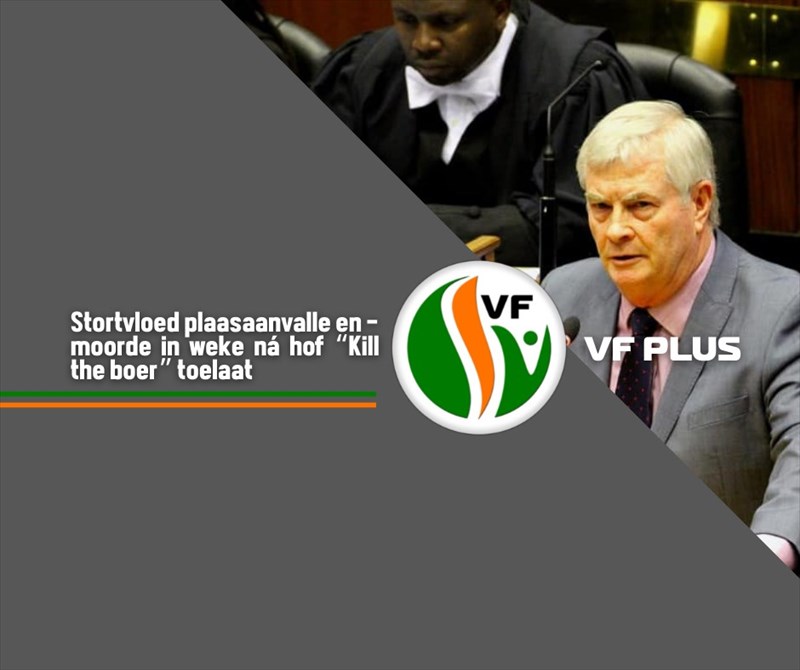 Just more than a month after the Equality Court ruled on 25 August (last month) that the struggle song "Kill the boer" does not amount to hate speech, a wave of farm attacks and murders is sweeping through South Africa.

Since 26 August, eight people have been murdered and many more have been injured in another six separate attacks.

According to the police's official crime figures, twenty-two people were murdered in farm attacks during the first six months of this year. Twelve in the first quarter and ten in the second.

These figures indicate that the number of murders has increased sharply over the past five weeks. (A complete list can be found at the end of this statement.)

In the most recent incident, Mr Ettienne du Toit (53) from Sterkspruit near Nelspruit was presumably murdered yesterday (29 September).

It appears that he was bludgeoned to death while he was busy working at the water pumps.

Many of the victims' injuries serve as evidence of the excessive violence and brutality of the attacks.

In his ruling in the Equality Court in Johannesburg, Judge Edwin Molahlehi said that in his opinion, there is not sufficient evidence to prove that singing the song amounts to hate speech.

This stands in stark contrast to the fact that the Human Rights Commission (HRC) had already declared the song to be hate speech in 2000, on request of the FF Plus.

In addition, a 2003 police report found that statements by politicians incite people to violence, and that it is one of the causes of farm attacks and murders.

The FF Plus is convinced that inflammatory statements and songs do indeed incite people to violence and murder. There is also no doubt that the "boer" referred to in the song means white people.

Farmers in the country have been massacred for decades, but government simply refuses to declare it a priority crime, despite constant pressure from the FF Plus and others.

What is playing out here is a human tragedy, and the ANC will be brought to book for it.