Threat to close schools: EFF is playing with fire 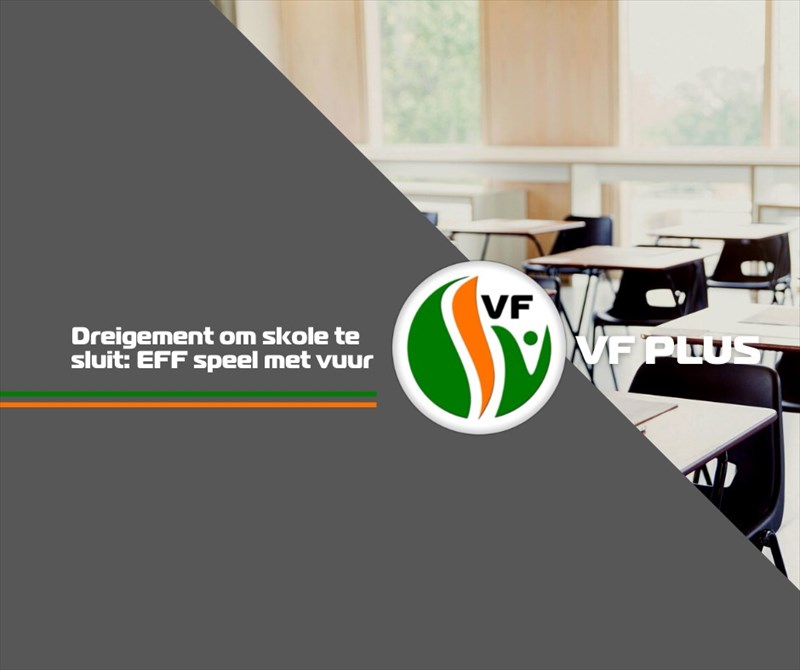 In a video posted on social media on Thursday, the EFF reiterated its threat to close schools if the Department of Basic Education does not do so. The individual in the video warns that there are only two days left and that any child who shows up in school uniform on Monday does so, according to him, at their own risk. The FF Plus considers these threats to be highly irresponsible.

Because the party is obviously floundering to say something important, the EFF is now simply rambling. On the one hand, the party wants schools to close to limit the spread of Covid-19. On the other hand, however, the leader of the party, Julius Malema, said during his Youth Day speech that from now on, he will not comply with any lockdown regulations.

Malema argued that the youth of South Africa needs jobs and that restrictions are not creating jobs. So, according to him, the government must immediately vaccinate the entire nation and all restrictions are senseless. He made it very clear that he himself is willing to serve time in prison for refusing to comply with the prescribed restrictions.

The EFF is clearly losing the plot in its desperate zeal to make populist statements. This raises the question of how it would make sense to close schools if such restrictions are senseless? What the party is, however, accomplishing with all this is to incite dangerous emotions.

Parents are naturally protective of their children and the EFF members who threaten these children may come up against a figurative brick wall.

The FF Plus is calling on law enforcers to be ready to respond on Monday morning. Although the general feeling is that the EFF should not be taken seriously on this matter, the actions of some radical members remain unpredictable. Thus, schools and parents must also be vigilant on Monday.

If the EFF's conduct does lead to confrontation, the party with its frequent irresponsible statements will be wholly to blame.