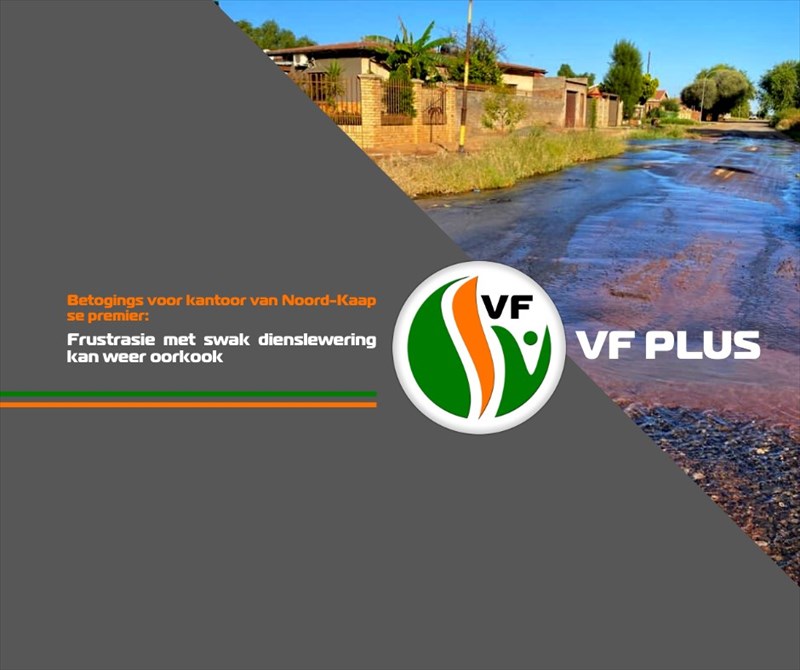 Years of frustration with poor service delivery, particularly relating to water supply and effective sanitation, are culminating in protests. In 2018, these protests caused unprecedented disruptions and even violence in Kimberley. And the lack of progress made since then could easily have the same consequences.

Kimberley finds itself in a predicament because it is far from water sources and some of its infrastructure is more than a century old. After the ANC took over the city, the main focus for many years was on getting the services in Galeshewe and Roodepan on par with Kimberley's.

In the process, some installations were done in haste and the mainlines for water supply and sewage did not get the required attention. By 2018, a systematic review and upgrade of the city's infrastructure was underway, but it was frequently delayed by breakdowns.

Up to 2018, the actions of the Sol Plaatje Municipality make sense: There was political pressure to expand service delivery and replacing old, dilapidated pipelines without interrupting services is very difficult. Thus, the community's frustrations were justified. The aftermath, however, is a self-made disaster.

In a desperate attempt to survive politically, the then Mayor, Mr Mangaliso Matika, lay the blame on the municipal manager, Mr Goolam Akharwaray, and suspended him. In addition, financial concessions were made to pacify members of the community, but they also created a crisis for municipal management.

The disastrous consequences of Matika's actions ultimately resulted in his removal as Mayor, but after the 2019 elections, he was awarded with the position of Deputy Speaker in the provincial Legislature.

There are rumours that Matika is still dictating what happens in Sol Plaatje from his new office, but it is difficult to prove. Still, it is very clear that his poor performance in one office earned him an appointment in a higher office.

With the acceptance of his term – and many times after that – the Premier, Dr Zamani Saul, promised that Kimberley's water and power supply, sewage and roads will be repaired. The provincial government would make sure of that if the Municipality failed. And that is why there are protests in front of his office today.

One cannot help but wonder whether Dr Saul has by now realised that cadre deployment stands in the way of his great ideals for the province.

At present, the challenge is not merely providing proper service delivery. It is to completely overhaul service delivery with less revenue and a community becoming more and more impatient.

Kimberley and the Sol Plaatje Municipality comprise nearly a quarter of the entire Northern Cape population. So, in the interest of the entire province, cadre deployment in the city must be eradicated and appointments must be made based on merit.