Police investigation into causes of farm attacks is crucial 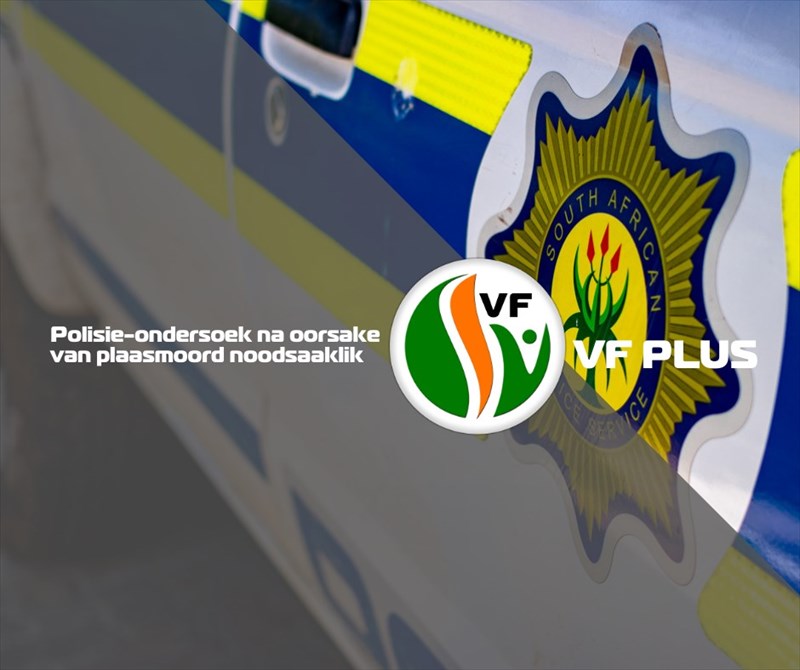 The interministerial Committee on Land reform's decision to ask the Minister of Police, Bheki Cele, to launch an in-depth investigation into the underlying causes of farm attacks and murders is timely and the investigation must be conducted as soon as possible.

During the recent parliamentary debate on the topic of farm attacks and murders (1 September 2020), the leader of the FF Plus (Dr Pieter Groenewald) called on the Minister to conduct such an investigation.

The investigation must be thorough and objective and the findings of the 2003 report must also be incorporated because at that time it was found that there are four main causes of farm attacks.

The FF Plus supports such an investigation. If we want to combat farm murders effectively, we must determine what the causes are and what drives the perpetrators. The FF Plus has always held the view that it cannot be considered ordinary crime due to the brutality associated with most of the attacks and murders.

In many cases, murders are committed while no valuables are stolen. This confirms the findings of the 2003 report as regards the reasons for these attacks and the full extent of it must now be determined.