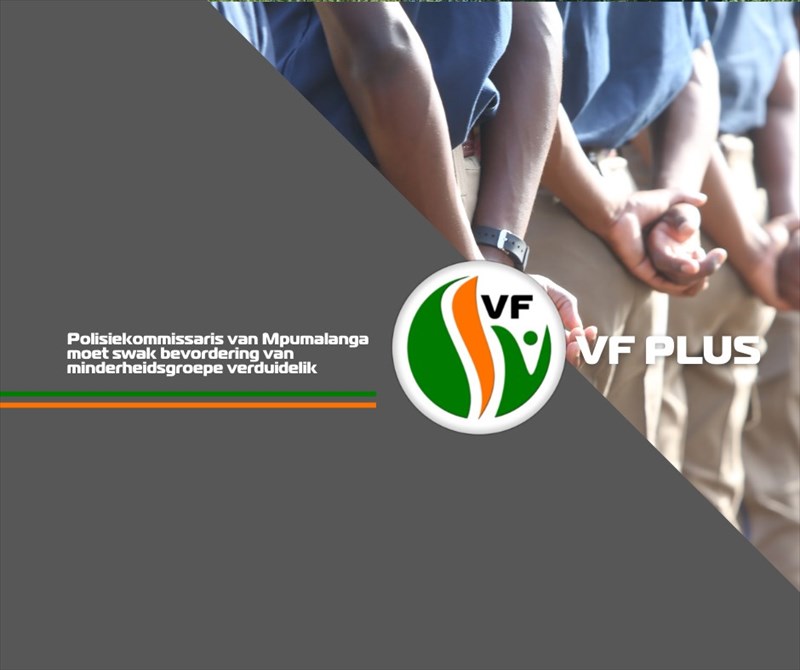 The FF Plus has officially requested the chairperson of Mpumalanga's Community Safety Committee, Norah Mahlangu, to instruct the provincial Police Commissioner, Lt.-Gen. Semakaleng Manamela, to appear before the Committee and shed some light on why so few police officers from minority groups were promoted over the past three years.

The FF Plus also asked that this meeting must take place as soon as possible.

The implementation of Affirmative Action (AA) has taken its toll on all minority groups in Mpumalanga's police force as regards advancement.

Only four white and two coloured police officers were promoted in the past three years, which stands in stark contrast to the 124 black officers who received promotions.

No Indian police officers were promoted during this time.

The shocking state of affairs came to light after the FF Plus enquired about police promotions in the province.

The implementation of AA has become much more stringent and results in a loss of expertise and experience as police officers from minority groups are leaving the force.

If AA is not done away with, it will weaken the police force even further.

The FF Plus has always held the opinion that the best person for the job must be appointed, regardless of their skin colour. The party will continue to campaign for a fair promotion policy.

Although the FF Plus has already launched various actions on local level to assist the authorities in restoring the… https://t.co/SEGZZWI8hN