Home | Media Releases | Mpumalanga government spends more than R300 million on projects that do not exist: FF Plus lodges complaint with PP

Mpumalanga government spends more than R300 million on projects that do not exist: FF Plus lodges complaint with PP 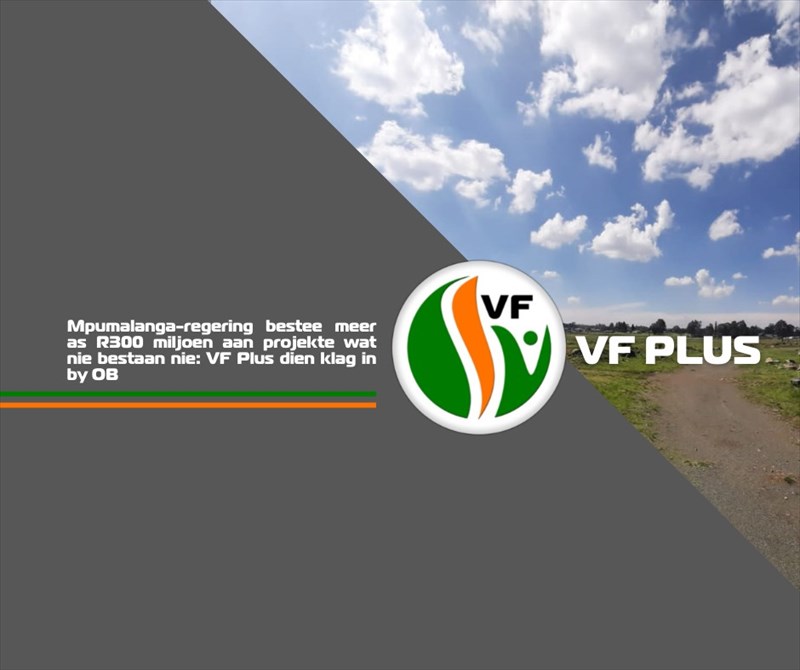 The FF Plus in Mpumalanga lodged a complaint with the Public Protector (PP) after it came to light that the provincial Department of Arts, Culture and Sport has since 2011 spent more than R300 million on two projects in the province, while both sites procured for the projects are still completely vacant.

At this stage, all signs point to serious irregularities.

The MEC for Arts, Culture and Sport, Thandi Shongwe, told the FF Plus last week during a question-and-answer session in the provincial Legislature that the Department itself does not really understand what is going on and that they are already busy processing invoices and receipts in the archives in an effort to determine what happened to the money.

In 2011, David Mabuza, the then Premier of the province, announced plans for a performance centre in the eMakhazeni Local Municipality (Belfast/ Dullstroom/Machadodorp/Waterval-Boven) and a cultural hub in the Mbombela Local Municipality (Mbombela/Nelspruit, Barberton, Hazyview, Kaapsehoop, Skukuza, White River). These projects were initially supposed to cost the province R5 billion each.

But during recent visits that the FF Plus paid to the project sites, only vacant lots overgrown with weeds were found. No structures have been erected, the land has not been cleared or levelled, no waterpipes have been installed and there were no construction workers in sight.

According to the Department's annual performance plans for the 2012/2013 financial year through to the 2020/2021 financial year, between R22 million and R94 million was budgeted for the training centre in eMakhazeni.

Shongwe's response to written questions by the FF Plus indicated that approximately R144 444 000 has already been spent on the performance centre and R172 869 000 on the cultural hub. The actual total amount could not be determined, though, seeing as the expenses were not recorded anywhere.

The Department maintains that the R317 313 000, which has already been spent on these two projects, equals the cost of the land, architectural and engineering services as well as feasibility studies, however, thus far no receipts nor quotes could be provided to the FF Plus.

The total budget for the cultural hub in White River, according to the same annual performance plans dating from the 2012/2013 financial year, is R204 016 000. The fallow piece of land of 20,9 hectares just outside White River was procured for R14,9 million.

According to Shongwe's responses to the FF Plus's questions, the total amount budgeted for the cultural hub was R216 697 000, which is R12 681 000 more than what the performance plans indicate.

An additional R10 million was budgeted for both projects in the 2016/2017 financial year, reportedly to protect so-called private investments. Thus far, the Department has not succeeded in attracting any private investors, though.

This reckless misappropriation of provincial funds over a period of more than a decade, which is shrouded in secrecy, is unacceptable. In a province where financial resources are very limited, such exorbitant amounts of money should rather have been spent on housing and service delivery.