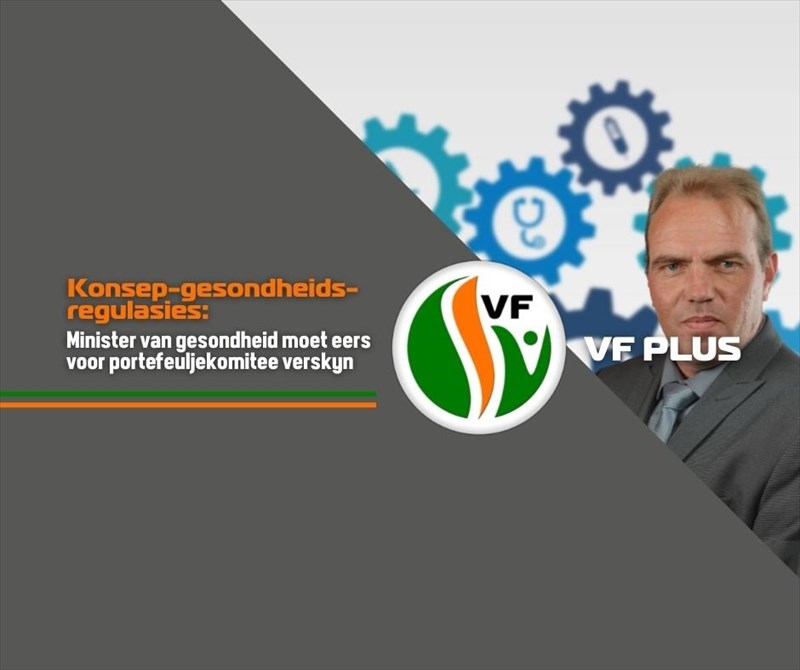 The Minister of Health, Joe Phaahla, must first appear before the parliamentary Portfolio Committee before finally publishing the draft health regulations meant to replace the state of disaster.

The deadline on which stakeholders can submit comments is today, 5 August 2022.

The FF Plus has already indicated to the Minister on more than one occasion that it would be better to withdraw, or totally scrap, the proposed regulations. The party also submitted its comments against the said regulations on 23 April 2022.

The Minister must first report to the Portfolio Committee and indicate the number of comments stakeholders submitted on the regulations. He must also report on the exact number of stakeholders who are for and against the draft regulations.

In this way, parliamentary oversight can be exercised over the public participation process.

The ANC government's abuse of power must not be tolerated. The has been a general outcry against the draft regulations and it has only gained momentum since the President lifted the state of disaster on the 4th of April this year.

The FF Plus today requested the chairperson of the Portfolio Committee on Health to instruct the Minister to first brief the Committee before the said regulations are signed and published in the Government Gazette.

If the FF Plus's request is not granted, it will amount to a gross violation of the democratic processes in South Africa by the ANC government.