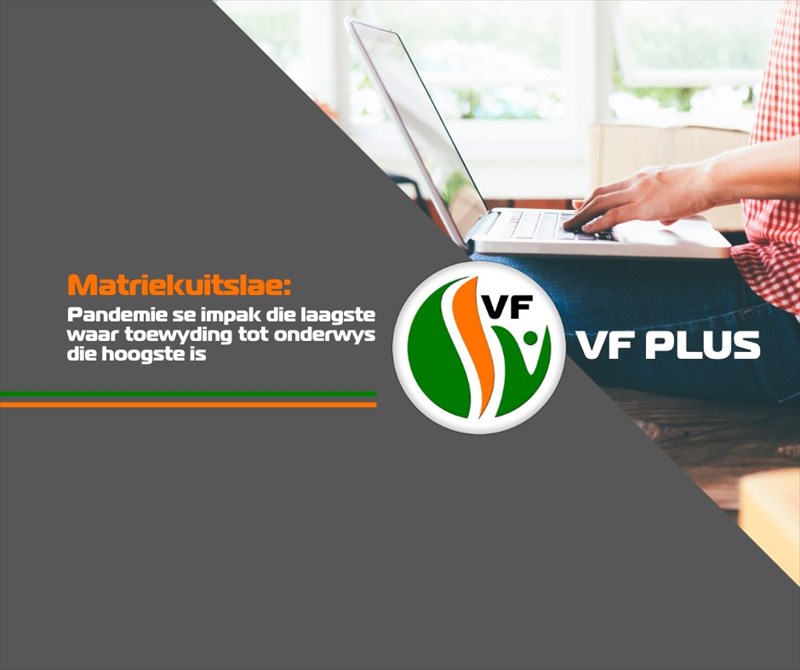 The Department of Basic Education's matric results that were released today nearly complete the picture of the disruptive effect that Covid-19 had on education in 2020. The picture, however, has marked differences, depending on which part one is looking at.

Provinces range from nearly 86% in the Free State to 66% in the Northern Cape. The average pass rate is 76,2%, which differs drastically from the 98% of the Independent Examinations Board (generally referred to as the IEB).

The average figures of the third examination authority, SACAI, have not yet been published.

An honest observer may possibly be surprised that the pass rate did not plummet. It demonstrates, however, that everyone involved in education did their utmost to keep the disruption caused by the lockdown to a minimum.

The fact that more distinctions, as well as Baccalaureus and diploma-qualifying results, were achieved shows that some learners even benefited from the new educational environment.

The problem of inequality in the educational sector was, unfortunately, exacerbated by the pandemic and subsequent lockdown. The increase in good results, despite the overall drop in the average pass rate, means that some schools, unfortunately, fell behind as they could not keep up and adapt to the changing requirements.

Ultimately, the true test for a successful educational system lies not in good matric results, but in how well school-leavers perform in the economy or their post-scholastic studies. In that regard, there seems to be few, if any, signs of hope.

While the working environment has changed dramatically, it seems that in some aspects, education lacks the ability to adapt to these changes. And that is where the gap between successful and unsuccessful schools widens even further.

Some argue that the performance of independent schools, which far exceeds that of public (or state) schools, is the result of privilege. Such an argument, however, demonstrates ignorance seeing as independent schools frequently operate in environments where there is no access to state resources. To achieve a pass rate of 98%, all role players had to do their very best.

An underlying question that is very seldom raised is the correlation between school performance and the trade union to which educators belong. It would be interesting to see a list of the 50 top performing schools and the 50 worst performing schools correlated to the percentage of educators who belong to the various education trade unions. The FF Plus believes that such an analysis would lay bare the true causes of inequality as regards to education in South Africa.

The FF Plus encourages communities to take maximum control over their schools. The centralising tendencies of the national and provincial departments must be opposed. Ties between schools with similar value systems must be established and strengthened, regardless of whether they are public or independent schools. In the end, the blame for poor education can be placed on anyone's shoulders, but ultimately, it is the community that has to bear the consequences.

The future may very well lie in removing education as far as possible from the state.

Municipalities comprise a large part of the country's energy market. They can to a certain extent make up for the g… https://t.co/yPvhSfgnBT

To govern South Africa, with all its diversity, as a centralised unitary state does not only require good leadershi… https://t.co/dL9EBzup2k

In these challenging times, remember that true strength does not lie in yourself. Remain steadfast in your faith an… https://t.co/OMIGGIS5Kq