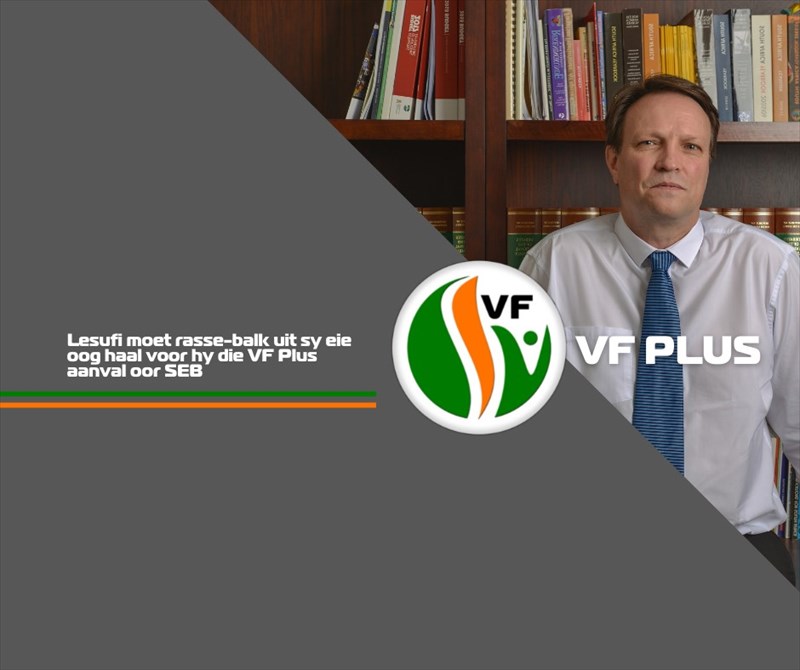 Panyaza Lesufi, the MEC for Education in Gauteng, must first remove the racial-beam from his own eye before attacking the FF Plus about the party's strong stance against Black Economic Empowerment (BEE).

If Lesufi really had to be honest about the ANC's economic policy in general, and in particular the implementation of BEE, he would have no choice but to concede that it failed in light of the country's record-high unemployment rate and the terrible poverty in which many South Africans are living. If anyone's actions are to the detriment of black people in this country, it is the ANC's.

Under ANC rule, poverty increased among all population groups and there is no statistical evidence showing that BEE benefited and uplifted black people in a general sense. In fact, BEE benefits only a very small, elite group of people with the right political ties, at the expense of the majority of the poor. It appears as if Lesufi knows just as little about economic development as he does about good quality education.

The FF Plus has decided to respond to an attack that Lesufi launched on the party via a Twitter post in which he took note of the fact that the FF Plus condemns BEE as a failed economic instrument.

The FF Plus finds it absurd that Lesufi is still defending BEE, while more than R400 million was squandered by his Department of Education to reportedly "deep clean" schools – even though there was absolutely no need for it. The Special Investigating Unit (SIU) found that many of the tenders that were awarded were irregular.

Beneficiaries used the funds for luxuries, from jewellery to cosmetic surgery. And it is BEE that paved the way for these kinds of abuses.

The FF Plus wants to make its message to Lesufi loud and clear: In 2024, an opposition coalition – of which the FF Plus will be a senior partner – will take over the Gauteng government and replace ANC policy with appointments made on merit alone and quality service providers. The process of cleaning house will commence with the 2021 local government elections, after which the FF Plus will restore merit to city councils through forming coalitions.

Although the FF Plus has already launched various actions on local level to assist the authorities in restoring the… https://t.co/SEGZZWI8hN