Home | Media Releases | Impunity is the reason why military land is, just like elsewhere, being unlawfully occupied (Debate in Parliament: The need for revised regulation to protect military areas against trespassing)

Impunity is the reason why military land is, just like elsewhere, being unlawfully occupied (Debate in Parliament: The need for revised regulation to protect military areas against trespassing) 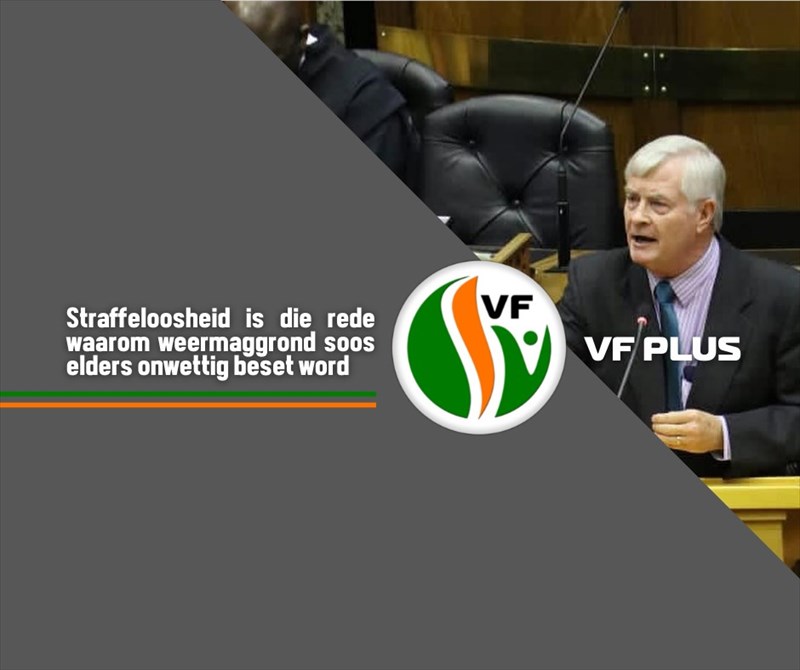 Just like in civil society, impunity is the single biggest reason why military land and bases are being unlawfully accessed and occupied.

The parliamentary debate on the matter is, therefore, an echo of many communities and private landowners in South Africa who also face the problem of unlawful land occupation.

Occupying military land not only creates problems for the Defence Force, but also poses serious risks for the illegal occupants.

There are vast areas in South Africa where the military practises using live ammunition. Some of the ammunition did not go off and is lying around precisely where people are unlawfully occupying land.

The question is how to put an end to it. This question must be answered by the Defence Force's Commander in Chief, who is also the President of South Africa, namely President Cyril Ramaphosa.

The President already answered this question in March 2018 when he paid a visit to Olievenhoutbosch in Tshwane, where land grabs had taken place.

According to media reports, the President said at the time that no-one has the right to unlawfully access and occupy land in South Africa seeing as it is against the law.

He called on law-enforcement agencies to restore law and order in the area, and added that the offenders would face the "full force of the law".

But meanwhile, unlawful land occupations across the country continue, and the properties of both the military and private owners are increasingly under threat.

The matter can only be resolved with enough political will to take the necessary action, but that will is absent. The blame for this rests squarely on the President's shoulders.

As Commander in Chief and President, he is allowing the unlawful occupation of military and private land to continue with impunity.

The time has come to ensure that unlawful occupants do indeed face the full force of the law, as he promised in 2018.