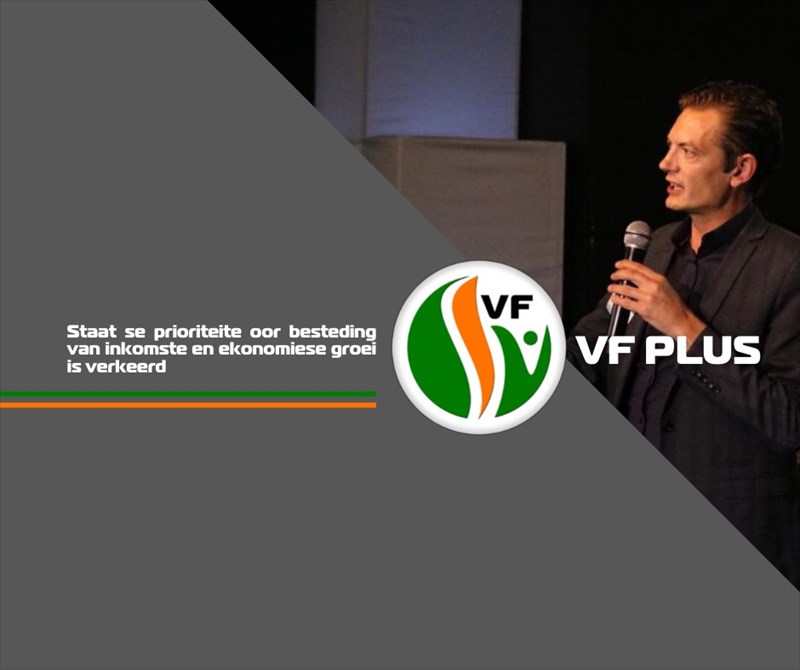 The Division of Revenue Amendment Bill reflects the government's misguided priorities, seeing as no economy can grow or flourish while local government is being destroyed as towns and cities do not have power or water and infrastructure is decaying.

This Bill channels more money to the national government, which points to the ANC's ideological short-sightedness.

The Mangaung Metro can be used as an example, it is under ANC control and its residents recently did not have any water supply for a full seven days. In this particular case, the Metro owes Bloemwater more than R720 million, while the ANC government, in turn, owes the Metro more than R700 million.

This is a typical example of incompetent and irresponsible governance where the ANC is in control.

Another example reflecting the ANC's misguided priorities is that the government plans to use R1,446 billion to create 32 000 job opportunities. The government cannot keep creating jobs while it is destroying the private sector with its policy. It is simply not sustainable.

And those job opportunities are only temporary. Moreover, they will pay less than the minimum wage, while immense pressure is put on the private sector to pay at least minimum wage. Temporary jobs through government projects will not facilitate economic recovery.

Instead, the money must be spent on infrastructure, which will enable the economy to recover. But in this regard, the ANC is failing miserably as well, as is evident in the underspending of conditional grants. An example is the funds allocated to cleaning up the Vaal River. These funds were underspent, but are once again listed as a top priority in this budget.

It makes no sense to neglect the upkeep of infrastructure, while spending money on failing public enterprises and job creation that is only temporary. Sustainable job creation can only be achieved by helping the private sector develop and expand.

In addition to that, it must be ensured that municipalities settle their outstanding debt with water boards and Eskom. That would be a good first step to take to get local government back on the right track.