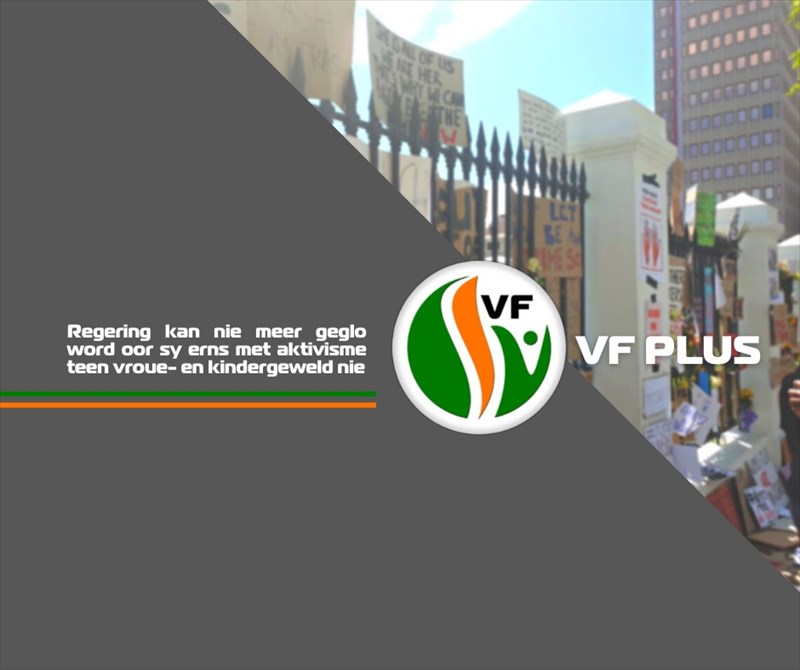 (Debate in Parliament: 16 days of activism of no violence against women and children)

It is very difficult not to become cynical about the ANC government's supposed efforts to take decisive action against violence against women and children after years of empty promises, hollow words and plans that remain on paper.

Therefore, the FF Plus concurs with the theme of this year's campaign of activism of no violence against women and children. The theme is: "... moving from awareness to accountability" as after years of doing nothing, it is indeed time for accountability.

This year's 16-days campaign has reached its halfway mark today and this is its 22nd year running. The topic has been debated four times in Parliament just this past year and twelve times since the start of the sixth Parliament in 2019.

One would, however, be justified in asking what tangible difference all these plans, campaigns and debates have made in the lives of abused women and children? The answer is absolutely nothing.

So, the time for accountability has come.

According to the latest crime statistics, rape has increased with 72,4% and sexual offences with 47,1 % since the initial campaign was first launched. And more than 15 000 incidents of domestic violence have been reported to the police.

Neither the most progressive human rights legislation nor the best gender-protection plans will do any good if decisive action is not taken, especially in one of the countries where it is most dangerous for women to live in the world.

Action is needed; action like ensuring that victims of violence get the right support at police stations and that more than just 12% of all police stations are provided with the necessary equipment (rape kits) to help rape victims.

The courts for gender-based violence also fall far short and frequently cause victims even further trauma.

It cannot go on like this. It is simultaneously sad and frustrating to be confronted on a daily basis with the tales of victims like Uyinene Mrwetyana, Baby Lee Jegels, Tazne van Wyk and others who have lost their lives in the most brutal ways, while there are just hollow words and empty promises to protect others like them.

So, the theme for this year's campaign is indeed spot on: The time for accountability is here.