Home | Media Releases | Generation of 100MW electricity without licence published in Government Gazette: Now citizens themselves can save the economy

Generation of 100MW electricity without licence published in Government Gazette: Now citizens themselves can save the economy 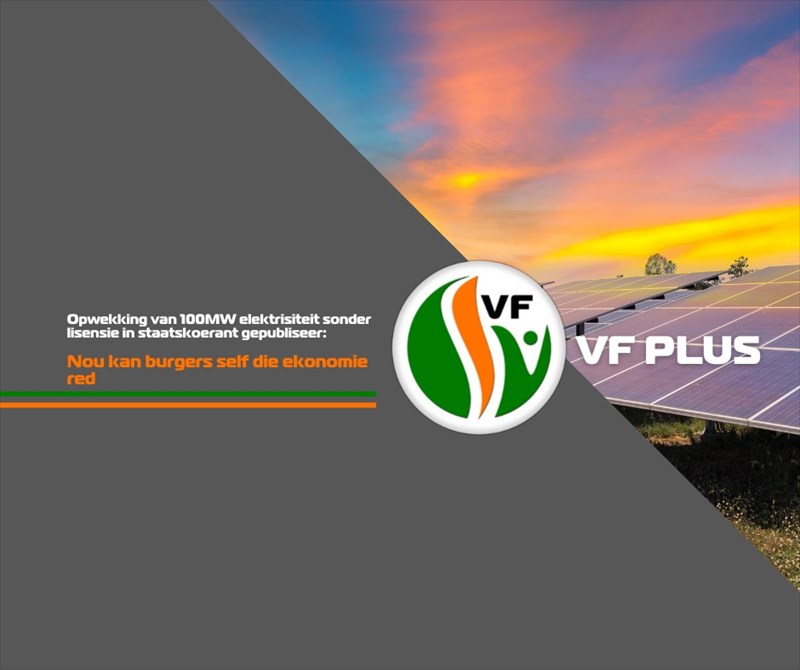 The long-awaited publication of the new, higher limit on the self-generation of electricity can literally provide the energy needed to save South Africa's economy. The state-controlled power supplier, Eskom, is struggling to get back on its feet after decades of cadre deployment.

In addition, Eskom functions according to an outdated model of large-scale, centralised power generation while renewable power can be generated in a decentralised manner at a much lower cost.

The FF Plus has been advocating for years that power provision must be controlled by market forces rather than bureaucratic regulation.

The reality is that businesses are now allowed to generate their own power to a limit which is two times higher than what was initially requested. This means that over the next few months, large power consumers, like mines and smelters, will work hard to start providing in their own needs.

That will make more Eskom power available to households and smaller businesses that do not have the ability to generate their own power.

This development may later prove to be a watershed moment in South Africa's history.

The superficial unity of South Africa is largely held together by powerlines – so, in the future the government could find it much harder to impose its will on regions and provinces. This could also significantly strengthen the insistence on Cape independence (especially with parts of the Northern and Eastern Cape included).

While transport currently depends on the import of petroleum products, electric transport and the local generation of electricity could over time loosen the iron grip of those who presently have the power to disrupt the Durban-Johannesburg route.

Self-determination is a political ideal that can only become a reality if it has a solid economic foundation and a significant barrier to building that foundation has now been removed.