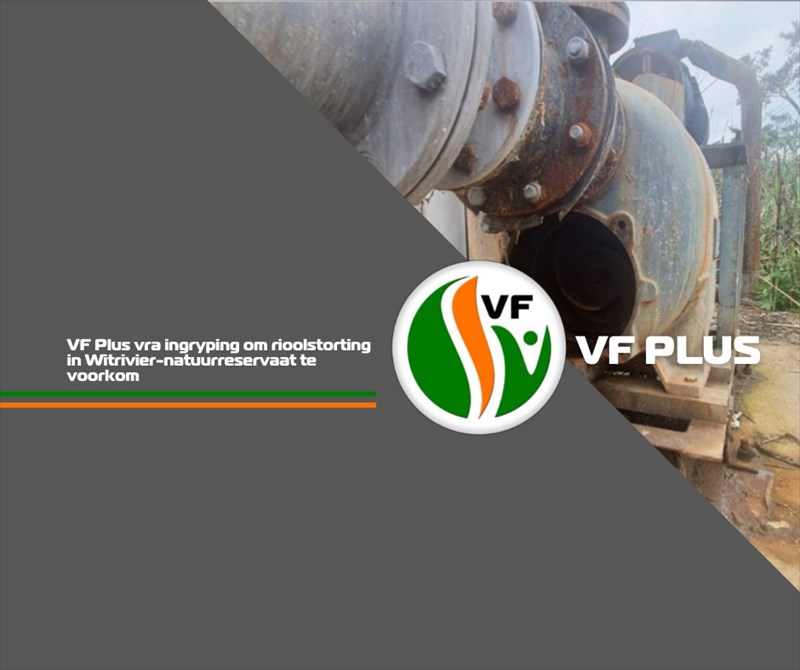 The FF Plus in the Mbombela Local Municipality (Mbombela/Nelspruit, Barberton, Hazyview, Kaapschehoop, Skukuza, White River) has approached the Green Scorpions of the Mpumalanga provincial Department of Agriculture and Environmental Affairs to investigate sewage dumping in the White River Nature Reserve.

In an official letter to the Department's acting MEC, Busisiwe Shiba, the FF Plus asked the Green Scorpions to urgently look into the pollution and instruct the Municipality to take the necessary remedial steps to find a sustainable solution to the problem.

The pollution of the White River Nature Reserve does not only pose a threat to the health of the surrounding communities, but also threatens the environment, particularly an endangered plant species named Aloe Simii that is only found in a very small natural geographical area stretching from Sabie southwards to the White River and around Mbombela.

The aloes' natural habitat is already under pressure due to the drying out of the wetlands, nearby plantations, water extraction, invasion of alien vegetation and urbanisation.

It is unacceptable that the Mbombela Local Municipality has not taken any form of action despite receiving numerous complaints about the sewage dumping in the nature reserve.

Sewage pumps have not been maintained properly and some are missing parts. As a result, untreated sewage gradually seeps out into the area and ultimately ends up in the Crocodile River.

According to the Bill of Rights, the environment must be conserved for the sake of present and future generations by preventing pollution and ecological decline, thus, the FF Plus will put pressure on the Municipality do perform its duty to prioritise the maintenance and replacement of critical infrastructure.