Home | Media Releases | Educational content: Schools must make full use of the freedom they have

Educational content: Schools must make full use of the freedom they have 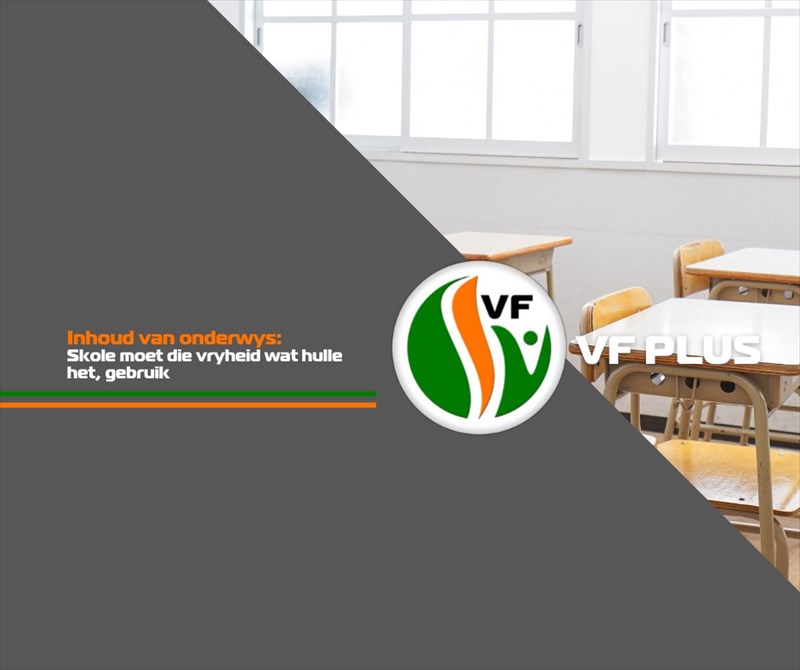 Year in and year out, the FF Plus receives complaints about a history assignment that Grade 9 learners are required to complete in the third term. Learners are instructed to interview someone who was either advantaged or disadvantaged by Apartheid. The questions that they are supposed to ask are formulated in such a way that their answers confirm pre-conceived ideas. (Examples of these questions can be found at the end of this statement.)

The ones who are approached to be interviewed are usually the ones lodging complaints. In their view, the questions do not offer any leeway for giving a balanced response. On the other hand, teachers say that they have no choice and are merely giving learners prescribed assignments.

Two matters that undergird education come into play at this point: The first is role players in curriculum development (in other words, the people who decide what children learn); and the second is the ideological nature of knowledge.

There exists a general misconception that knowledge can be determined objectively and that educational institutions ought to simply teach their students these "truths". In reality, however, all knowledge – and even more so in the humanities – is shaped by one's background and beliefs.

Apartheid is a good example: For those opposed to it, their view of what happened and what the intentions behind those actions were constitute the only valid perspective. Therefore, the people who governed at the time, or someone interpreting their actions and intentions, really cannot say anything because whatever they say only "confirms" their lack of remorse and morality in the eyes of the opposer.

History writing requires every matter to be considered from every possible angle. In other words, if someone wants to know what Dr Hendrik Verwoerd wanted to achieve with a specific action, that someone ought to find out by examining Verwoerd's own statements; and not those of Chief Albert Luthuli. Likewise, Verwoerd is not a reliable source in determining Luthuli's intentions.

The history textbooks used in South African schools supposedly follow a "source-based" method. But in truth, specific statements made by various role players are carefully selected to confirm a preconceived perspective. The same goes for the assignments that learners are required to complete – as is evident in this case.

When it comes to curriculum formation, though, there is no doubt that teachers in classrooms play the most significant role. They work within the prescribed framework of the so-called Curriculum and Assessment Policy Statements (CAPS) for each subject. These policy statements are interpreted by the authors of textbooks, which is what teachers usually use in planning their lessons.

It is important to note that the CAPS offer quite a lot of leeway with regard to how the prescribed content may be taught in the classroom. A thorough examination of the CAPS shows that a one-sided version of history is not at all what the Department of Basic Education is prescribing. Unfortunately, publishers predict what content they think the Department and schools want to use and then compile their textbooks accordingly. And that is the case with the assignment in question.

The FF Plus wants to encourage teachers to examine the CAPS to determine what exactly is prescribed when they are confronted with so-called "prescribed learning material" that makes them feel uncomfortable. Freedoms that are not exploited either disappear or lose their intended value.

Therefore, the FF Plus is calling on Afrikaans schools and teachers to make full use of the freedoms at their disposal.

Examples of questions as received from learner:

1. How has Apartheid affected your childhood?
2. Do you think the National Party acted correctly with regard to the Mixed Marriages Act and the Pass Laws Act?
3. Where there any challenges that you had to overcome during Apartheid?