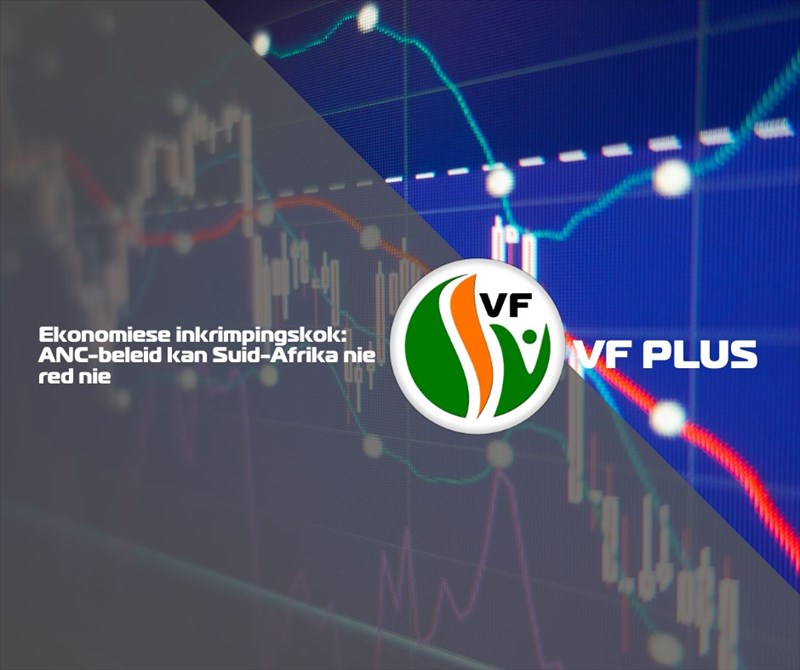 It is shocking that South Africa's economy contracted with 16,4% from the first to the second quarter of this year and it shows that drastic steps must be taken to turn things around.

A step to be taken in the short term is to lift the lockdown regulations that are still in place. In the long term, the ANC policy, which put the economy on the road to destruction long before Covid-19 came on the scene, must be done away with completely.

South Africa's labour market must be deregulated and the private sector must be given the opportunity to take the lead on the road to economic recovery. At the moment, however, the exact opposite is happening as legislation makes it nearly impossible for small businesses to grow.

The government itself cannot create jobs and, therefore, it should instead focus on creating a favourable environment in which the private sector can create more jobs and bring about growth.

The government's wage bill must be drastically reduced – and not just superficially – and bankrupt state-owned enterprises must be totally reformed and privatised.

The country must move away from draconian labour legislation and policy, such as Black Economic Empowerment (BEE), which are mostly to blame for the country's economic decline and which deter foreign investors.

The current ANC policy puts the wellbeing of a number of cadres before the economic growth and wellbeing of the entire population.

The government should earn taxes instead of just collecting them. The fiscal crisis will not be solved in the long run by simply instituting tax hikes and draconian legislative amendments with the aim of increasing state revenue. Instead, this is detrimental and will cause the tax base to become even smaller.

This bitter medicine is what is needed now and not to flourish, but to stop the decline and avert an unprecedented crisis.

If this does not happen, the FF Plus predicts that the government will clutch at pension funds as a last resort. Funds will be compelled to invest in government projects and just like the state-owned enterprises and the Covid-19 emergency fund, looters will see it as an open invitation to steal the money.

To stop the inevitable flow of money out of the country brought about by the weakening economy, it can be assumed that draconian foreign exchange control will impose severe restrictions on money leaving the country.

With a negative growth rate of 16,4%, an unemployment rate nearing 40%, according to Solidarity, and an environment in which job creation is nearly impossible under the ANC government and its damaging policy, more and more people will inevitably turn to crime in order to survive.

The country's deterioration will have a far-reaching detrimental effect, which will in turn, cause even more unemployment, crime and a greater influx.

This is the reality in South Africa which not only sets the alarm bells ringing, but which also confirms that a crisis is at hand. If the ANC does not change its course of its own accord, voters will force it to do so at the polls.