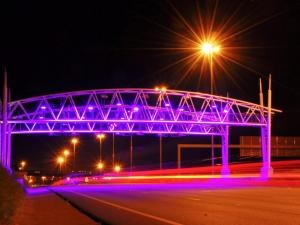 The DA’s court application about the legality of the E-Toll Act this week in the Western Cape High Court is a case of ploughing with another man’s heifer and smacks of the DA’s political opportunism. The DA’s court case is based on the FF Plus’ arguments about the legality of the E-Toll Act which the party had raised in February 2013 in the parliamentary portfolio committee on transport as well as in the party’s court case in December 2013.

The FF Plus’ court application in the Gauteng High Court in December 2013, to urgently review the legality of the E-Toll Act on an urgent basis and to obtain an interdict against the implementation of the system, was denied. The court however did not decide on or gave any consideration to the merits of the arguments about the legality of the E-Toll Act. The FF Plus thereafter had the case placed on the ordinary role and the case will be heard shortly.

Adv. Alberts had already in February 2013 stated in the portfolio committee on Transport in parliament that the E-Toll Act was illegal as the Bill had been wrongly classified as a Section 75 Act. The Bill should have been a Section 76 Act as it has a direct impact on the economy of provinces. This Bill should therefore, in accordance with the Constitution also have been sent to the National Council of Provinces.

The DA member in the parliamentary committee stated it clearly in the committee meeting that the he did not agree with Adv. Alberts and that the Bill should not have been classified as a Section 76 Act. According to him the objective of the Act is only to regulate road traffic and not to influence the functions or economy of the provinces.

The DA however changed its tack when it became clear that the DA caucus in parliament had acted against the interests of the public. The DA for the first time acknowledged that the E-Toll Act was classified incorrectly after President Zuma had rejected the FF plus’ written request to send the Bill back to parliament and the FF Plus had announced that the party would be bringing a court application to have the Act declared invalid.

“This court application of the DA is once again a telling example of the DA’s political opportunism. The DA itself had instituted an e-toll system (the Chapman’s Peak toll road), but is now bringing a court application on the basis of another party’s actions and legal opinions to create the impression that the DA is fighting for ordinary road user’s rights.