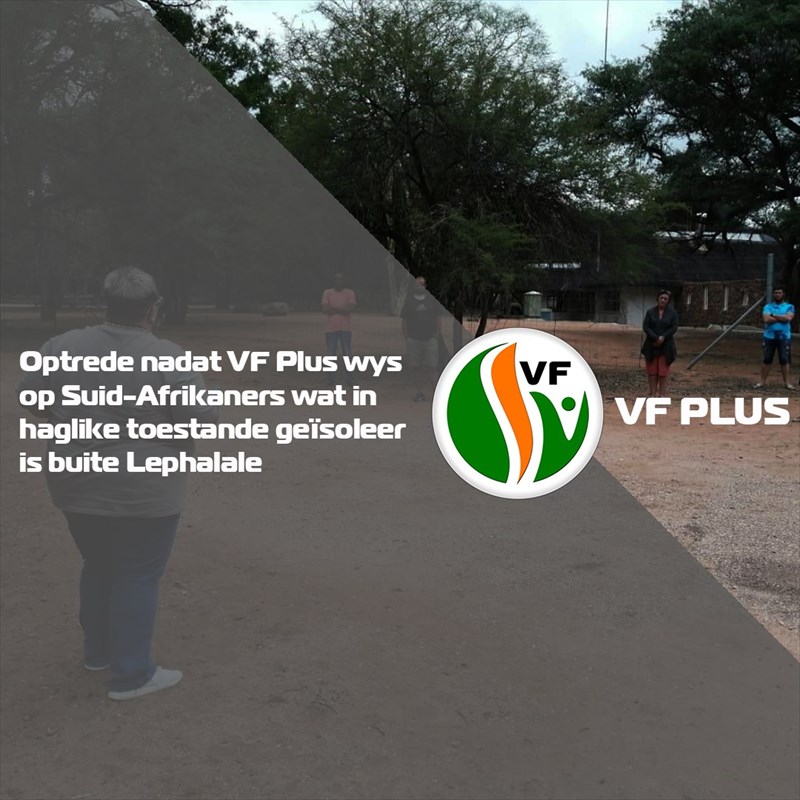 After the FF Plus stepped in on Friday, circumstances have improved for the South Africans who were initially isolated in terrible conditions outside Lephalale (Ellisras) after they had entered the country through the Stockpoort Border Post.

This morning, the FF Plus received confirmation from the people in the camp that water and food provisions have been delivered. There are now cleaners and a cook who prepares the food. One person also confirmed that the respective companies that they work for will send them more food supplies as well as care packages containing toiletries.

A parent of one of the people in the camp also confirmed that it is going much better and she expressed her gratitude toward the FF Plus.

The party phoned the Limpopo MEC for Health, Dr Pophi Ramathuba, about the situation. Mr Phillip van Staden, the FF Plus's Member of Parliament who serves on the parliamentary Portfolio Committee for Health, was also informed and he took the matter up with the national Minister and the Director-General for Health.

The FF Plus is satisfied that the matter is currently being addressed on the highest level. The party will keep monitoring the situation to ensure that the people are treated with the dignity they deserve.