Home | Latest news | While police claim compliance with the law, there are further acts of police brutality

While police claim compliance with the law, there are further acts of police brutality 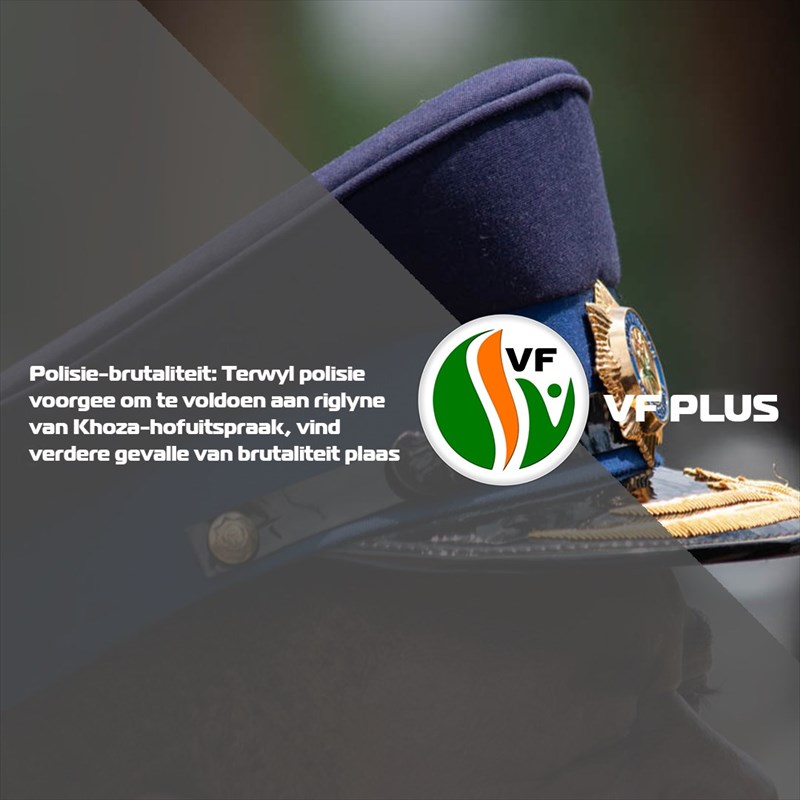 While the Deputy Police Minister, Cassel Mathale, was assuring Parliament’s Police Committee that the police and the defence force had complied with the damning court ruling in the Collins Khoza case, Dr Pieter Groenewald, leader of the FF Plus, accused security forces of yet another incident in which a woman was arrested with needless brutality in the Strand, Western Cape.

Replying to Groenewald, the Deputy Minister said that Friday the 22nd of May was the deadline for the police and the defence force to comply with the judgement, which stated that a code of conduct must be established for security forces and that a clear mechanism for the public to report abuses should be put in place.

The court also found that security forces should under no circumstances use arrest as a means to harass or punish members of the public.

The Khoza judgement found that both the police and the defence force were negligent in the matter where Khoza was allegedly beaten to death by soldiers and the judge ordered the immediate suspension of those involved.

Dr Groenewald told Mathale that it would be helpful if the police and other security force structures were ordered to answer their phones in the same way as their Commissioner, Kehla Sithole.

This would allow people, and opposition party MPs, to report any incidents of police brutality against the public.

During the Committee meeting, it also came to light, prompted by FF Plus questions, that the Independent Police Investigative Directorate (IPID) did not have a clear idea of which of the complaints lodged against the police and the defence force are specifically related to the Covid-19 pandemic and which are ordinary cases of abuse by security forces. This makes an evaluation of the abuse of power during the state of disaster difficult, because IPID itself does not even have a clear idea. In order to identify and address unlawful arrests, there needs to be a clear distinction between Covid-19 related cases and ordinary cases.