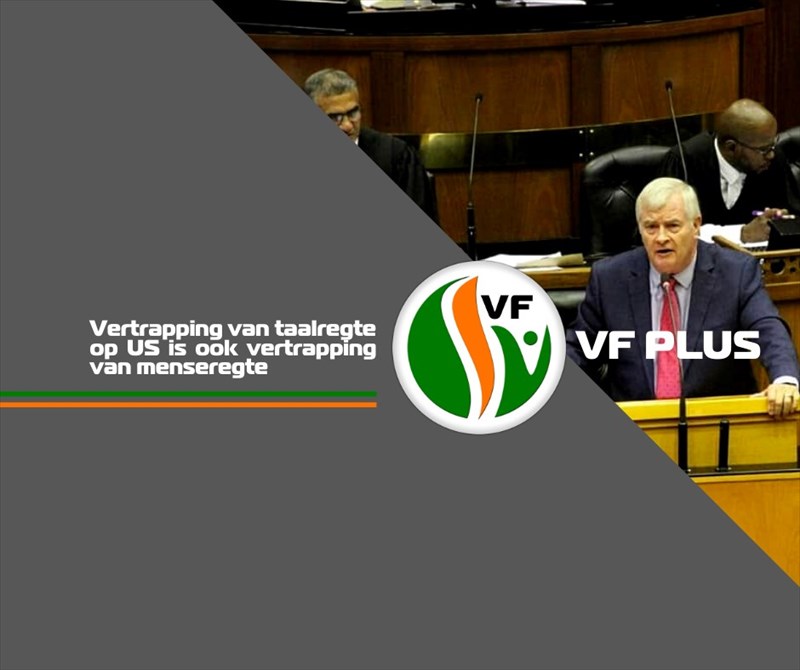 The University of Stellenbosch (US) must explain why it is allowing the language rights of certain Afrikaans-speaking students in hostels to be blatantly trampled on as, according to reports, they are being forced to only speak English.

Students residing in some of the female hostels were apparently instructed by mentors to only speak English, even while having private conversations in their rooms.

What is demonstrated here is not just the trampling of language rights, but the violation of Afrikaans students' human rights and by implication, a blatant disregard for the country's Constitution.

It seems that a disregard for Afrikaans has become the norm in higher education. And it appears that this is now true for Stellenbosch as well, the one campus that is supposed to still allow space for Afrikaans.

The response by university authorities, i.e. that no "formal" complaint about the matter was received, is not good enough.

The media reported on the matter extensively and the University cannot say that it was not aware of the issue. It is the University's duty to protect the rights of all students, so, it should have taken action of its own accord.

It is also unacceptable that the US claims that "inclusivity" is vital for its formal gatherings and discussions during its welcoming programme and in line with the University's language policy.

According to the University, this policy makes provision for language to be used in hostels and other social areas in such a way that "no-one is excluded from activities". (Network 24: “Dit gaan nou oor verontagsaming van Grondwet”: 8 March 2021).

Does that mean that only English-speaking students have rights? Why is it supposedly a given that Afrikaans-speaking students must be fluent in English, also with regard to it being an academic language, when it is not their mother-tongue?

The Human Rights Commission (HRC) has already been approached and asked to investigate the matter by various sources and the FF Plus will support any endeavour to put an end to any further disregard for Afrikaans at universities.

The FF Plus will also keep a close eye on the HRC's actions in this regard seeing as the organisation has repeatedly shown that it tends to tackle some investigations with much more zeal than others.