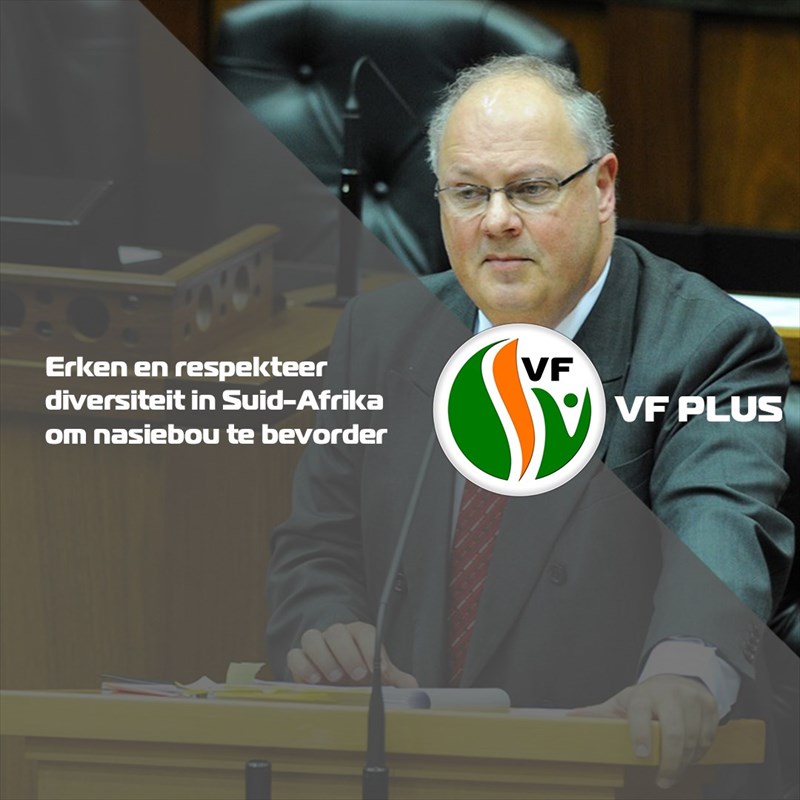 It is idealistic to think that we can promote nation building in South Africa in any other way than recognising and respecting the diversity of the country and its people.

The dream to transform our society and to create unity through a shared commitment to constitutional values that promote nation building, strengthen social cohesion and improve all South Africans' quality of life has already been shattered by the ANC government.

As regards constitutional values, Section 1 of the Constitution contains the following stipulations for the promotion of nation building:

• Human dignity, the achievement of equality and the advancement of human rights and freedoms for all.
• Non-racialism, non-sexism and accountability.
• Supremacy of the constitution and the rule of law.

These values are indeed commendable, but the reality paints an entirely different picture:

If the Chief Whip of the EFF states publicly that he does not speak to white people – how does that align with non-racialism?

If the ANC's policy of Affirmative Action (AA) determines that a young, born-free South African from a minority community will not be appointed in a position due to his or her skin colour – how does that align with human dignity?

If criminals and corrupt public officials and the beneficiaries of Black Economic Empowerment (BEE) loot the fiscus for 25 years with impunity – how does that align with accountability?

If the government aims to make it 'legal' to expropriate its citizens' property without compensation – how does that align with the supremacy of the law?

The government should take note of the ANC's Freedom Charter which states that the country belongs to all who live in it and no government can claim that it has true legitimacy if it is not founded on the best interests of all the people.

In stark contrast to this, the ANC institutionalised the exclusion and oppression of minorities in the country.

ANC slogans, like 'unity in diversity', ring hollow and mean nothing. Nation building can only be truly achieved by recognising, respecting and accommodating diversity. When that happens, the positive energy sweeping through South Africa will astound everyone.