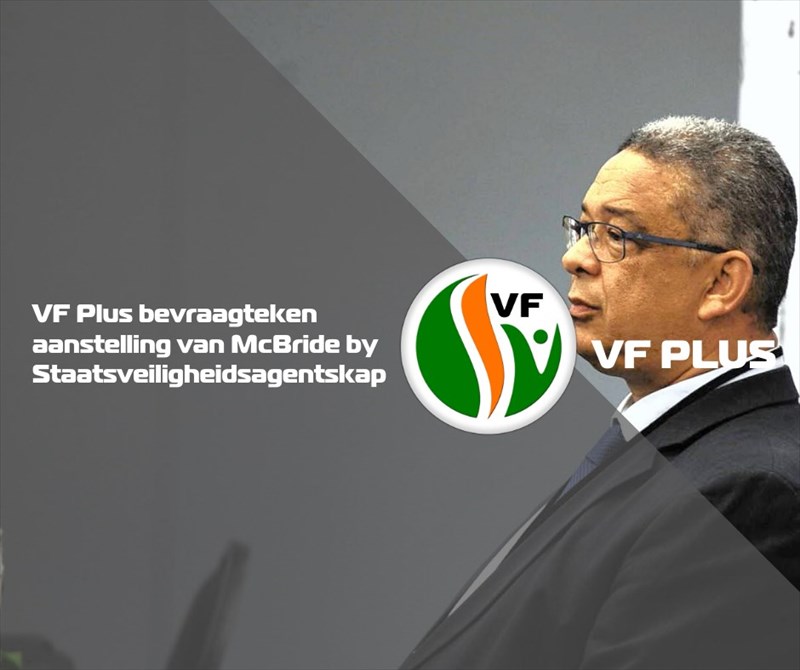 The FF Plus is opposed to President Cyril Ramaphosa's appointment of Robert McBride as the head of the foreign branch of the State Security Agency and one cannot help but wonder how he was able to obtain the necessary clearance for the position given the various controversial events in his past.

In 2006, McBride, the then Metro Police head in Ekurhuleni, was arrested after a motor vehicle accident and was charged with driving under the influence of alcohol. He was found guilty in September 2011 and was sentenced to two years in prison. The sentence was suspended after his successful appeal in 2013.

A cloud of controversy hangs over McBride due to, among other things, suspected incidents of domestic violence as his daughter lodged a complaint of alleged assault against him in 2017. The charge was later dropped.

Appointing someone with such a controversial past is not a good idea, particularly if he is supposed to fill a position at the State Security Agency, which requires a squeaky-clean record and the highest security clearance.

The FF Plus will question the validity of his appointment. McBride does not belong in the state's top security agency with such a cloud of controversy hanging over his head – how he was able to obtain clearance to be appointed is unfathomable.