Police’s safety net for public is wearing thin, while millions are spent on protecting politicians and senior police officers 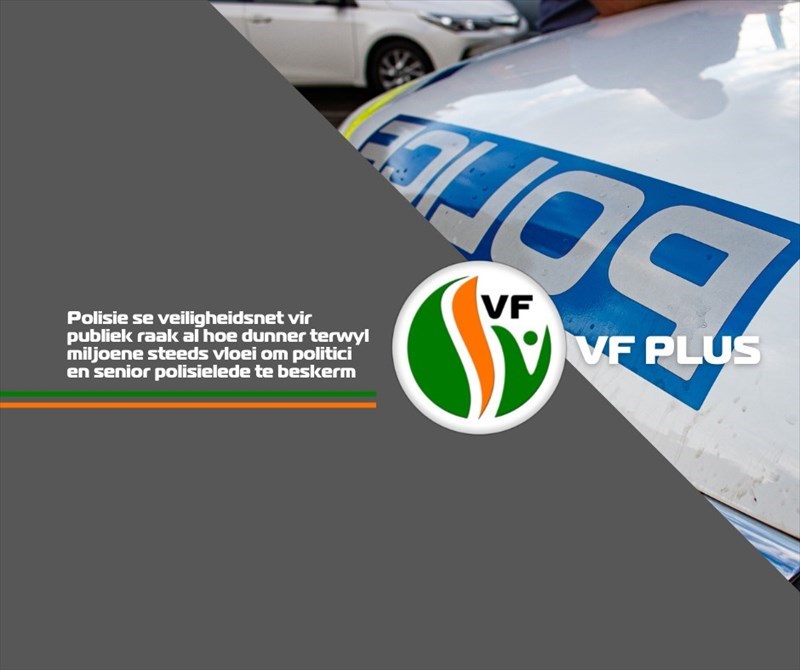 While there is a moratorium on the recruitment of new police officers and crime is rising sharply, politicians and senior police officers still enjoy police protection costing taxpayers nearly R200 million per year.

It was gleaned from the reply to an official written question by the FF Plus to the Minister of Police, Bheki Cele, that a total of 184 politicians enjoy personal protection since May 2019. (Complete questions and responses are attached herewith.)

Minister Cele evaded the question regarding the identities of the politicians who enjoy police protection and in a follow-up question, the FF Plus asked that the names of the relevant individuals must be disclosed along with the costs related to each individual’s protection.

The reply indicates that, among other things, protection is provided to ministers, deputy ministers, provincial premiers, members of executive councils, the speaker and deputy speaker of Parliament, the chairperson and deputy chairperson of the National Council of Provinces (NCOP), provincial speakers and deputy speakers, the chief justice as well as the deputy chief justice, judge presidents and lastly, political persons of importance.

The identities of these individuals remain unknown. According to the reply, their names are being withheld for the sake of their safety.

It is absolutely unacceptable that there are serious attempts by government to deny the people their right and ability to protect themselves, while numerous politicians are surrounded by trained and armed police officers to ensure their safety.

The real irony is that the people, who are at the mercy of criminals, are the ones paying for this.