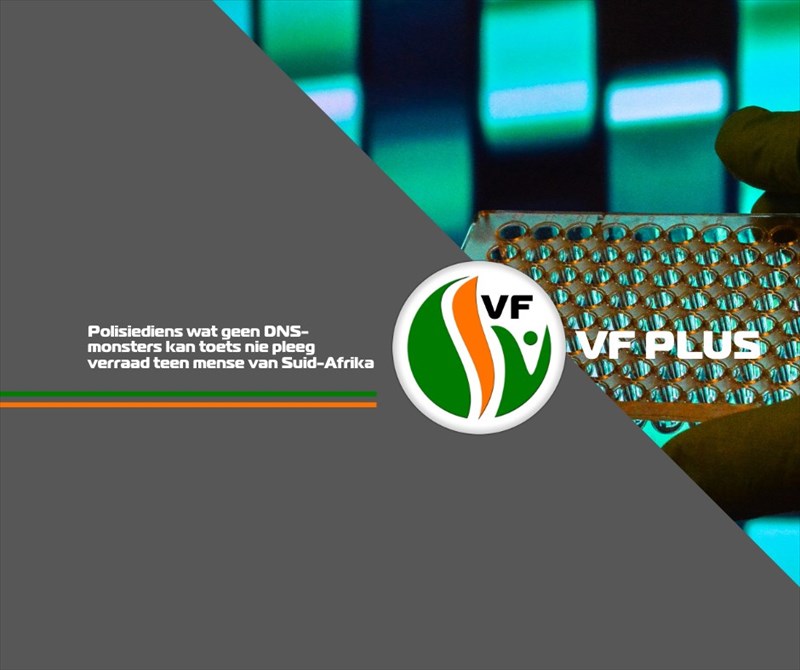 The admission by the Minister of Police, Bheki Cele, that there are at present no chemicals available to test DNA samples in any of the police laboratories across the country comes down to treason against the people of South Africa.

The Minister's nonchalant statement that he "accidentally" found out about it while visiting the scene of a crime is indicative of the tension and conflict between the Minister and the Police Commissioner, Gen. Khehla Sitole, which is to the detriment of South Africa.

Testing DNA samples is one of the police service's core functions in the fight against crime and is essentially the only sure-fire way to undeniably link a suspect to a scene or a crime to ensure that the suspect is found guilty in court.

FDA implemented a computerised system for the police, which is known as the PCEM (Property Control and Exhibit Management) and it allows for, among other things, all DNA tests and related progress to be tracked electronically. The system can only be accessed biometrically.

It is extremely important to ensure the integrity of evidence needed for successful prosecution by the courts. But due to the ongoing court cases, this system has been down since the 13th of June 2020.

On two separate occasions, an agreement was reached between the FDA and the police service about the FDA's intellectual rights and the National Treasury even found that the fees levied by FDA for the service it renders are fair and reasonable.

For reasons unknown, the police failed to honour the agreement each time.

That amounts to further treason, specifically against women and children as regards gender violence.

According to media reports, there are women who are too afraid to even show their faces in public because for the last two years, their alleged rapists' DNA tests could not be concluded.

The leader of the FF Plus, Dr Pieter Groenewald, proposed today in the Portfolio Committee on Police that the contracts with FDA must be accepted at once so that the PCEM system can be activated again immediately.

The Committee unanimously agreed that a report on the progress with the execution of this decision must be submitted by next week Wednesday.

This treason against victims of crime, which protects perpetrators due to incompetence, must not be tolerated and the FF Plus will keep raising the issue to ensure that proper solutions are found and implemented.