Home | Latest news | Phoenix violence: The real problem is not race, but the police’s incompetence

Phoenix violence: The real problem is not race, but the police’s incompetence 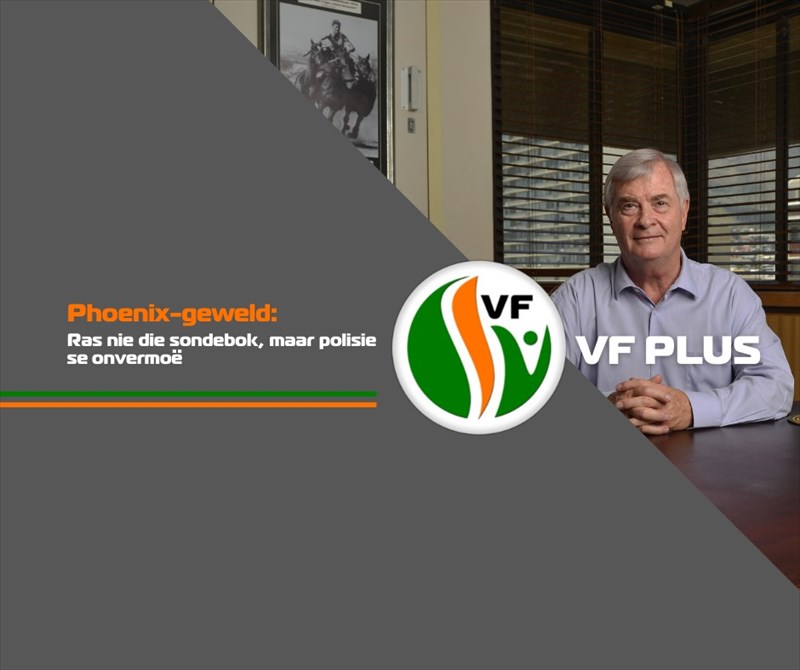 Race is not to blame for the violence that ravaged Phoenix in KwaZulu-Natal where several people were killed, but the failure of the police force and some of the country's other security structures to do their job properly.

This can be gleaned from President Cyril Ramaphosa's weekly newsletter in which he asks South Africans to have "honest conversations" with each other about race, while making special reference to the violence that played out in the predominantly Indian residential area of Phoenix.

The FF Plus has requested to have such an open discussion on race numerous times in the past. The party also asked that Affirmative Action (AA) and Black Economic Empowerment (BEE) must come under discussion as well.

The President must not try and hold up and hide behind racism when it comes to the events that took place in Phoenix. The truth is that the Phoenix community had no other choice but to protect itself seeing as the police force was apparently unable to.

Nobody is justifying vigilantism, but the situation in Phoenix must be seen in context of the actual events that transpired there as well as the fact that a lack of police presence greatly contributed to the situation's volatility.

If the police force had done its job, those events would never have occurred in Phoenix, KwaZulu-Natal. President Ramaphosa must accept full responsibility for what happened seeing as he allowed incompetence to paralyse the country's security structures on his watch.

The President is also wrong in assuming that the events in Phoenix reflect the average South African's racial disposition.

A good example and true reflection of racial relations was evident between the people in Pongola where the entire community – white, black, coloured and Indian – joined hands to protect their town against anarchy.

It is wrong to focus only on what went wrong in Phoenix and ignore the good racial relations elsewhere.

The FF Plus has said this before and will say it again: The party is in favour of having an honest conversation about race where everyone will have the opportunity to have their voices heard, not just the ANC government.