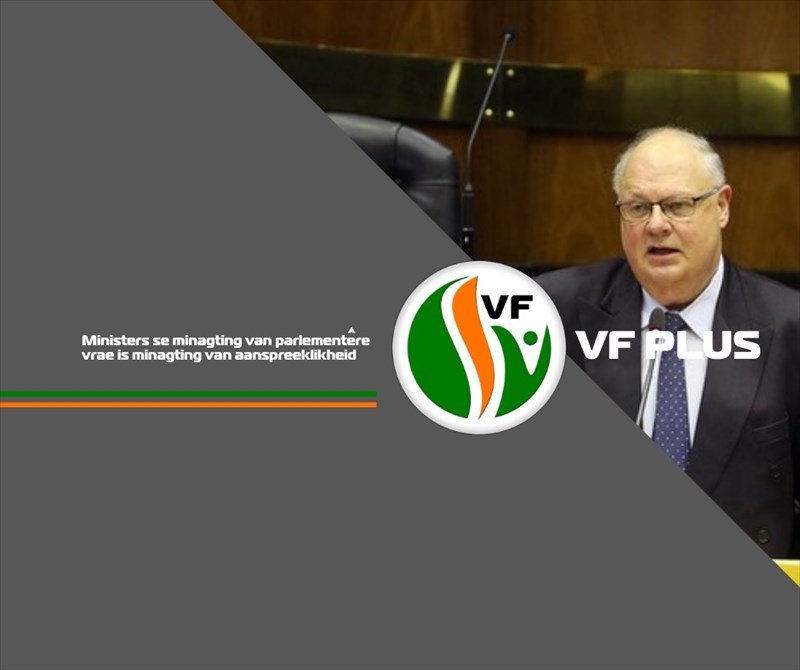 Today's response by Deputy President David Mabuza to the issue of ANC ministers' contempt for official parliamentary questions is indicative of the ANC government's general contempt for accountability.

The FF Plus asked the Deputy President why a total of 172 official questions by the various opposition parties were not answered at all during the 2020 sessions and whether he is satisfied with the level of accountability towards the executive authority that it reflects.

The Deputy President tried to point the finger back at political parties and said, among other things, that ministers are not supposed to answer many of the questions. His response is unacceptable and is a typical example of how ministers usually evade questions.

There is clearly a fast-growing tendency among ministers to sidestep official questions by providing vague and evasive answers. As a result, it is recorded that the question was answered while in reality, that is not the case.

The FF Plus is concerned about this seeing as asking official questions is the only way in which Members of Parliament can hold the executive authority or government accountable for how the country is governed.

It is a method of bringing irregularities to the attention of ministers and to find solutions to problems.

Thus, it is clear that the ANC ministers are demonstrating contempt for the legal parliamentary processes and have no regard for accountability; which is the same as trying to shirk accountability.

The FF Plus will not leave the matter at that and will use existing parliamentary channels to put even more pressure on the government to answer formal parliamentary questions completely and thoroughly.