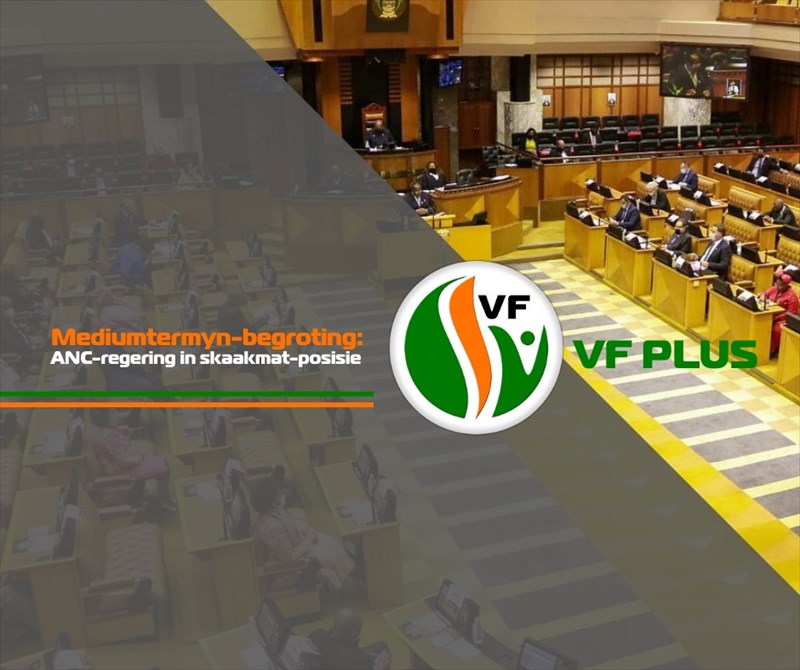 The harsh reality behind Minister Tito Mboweni's medium-term budget that he announced today is that the fiscus does not have any money left and the Minister's manipulation of the budget comes down to nothing more than rearranging the deck chairs on the Titanic.

The Minister clearly finds himself in a checkmate position. This is evident as the budget deficit already amounts to R770 billion. The government's total debt burden now amounts to a staggering R3,9 trillion (trillion = billion billion). And it will spike to R5,8 trillion by the end of the current medium financial term.

The service fees on the debt amount alone already add up to R233 billion per year and are expected to increase to R355 billion per year by 2023/24. Simply put, the country has run out of money.

The Minister has his back against the wall and yet he still allocates R10,4 billion, which should have gone to local government, to the SAA as an umpteenth lifeline, despite the fact that municipal services across the country are terrible. People do not have access to water and there are sanitation problems everywhere.

The FF Plus says that no more money should be given to the SAA. The airline is an unaffordable luxury and should be privatised, or simply given away. More money must not be wasted on it.

The government's wage bill remains an enormous problem. In this regard, the Minister has opted to take R14,1 billion from education, but President Cyril Ramaphosa announced a mere two weeks ago that 200 000 new positions will be created in the educational sector.

It just does not make any sense. Where will the money come from to create the additional positions that the President promised as part of his job creation programme?

It is clear that the Minister and the government find themselves in a checkmate position and things will not get any better if drastic changes are not made to existing policy.