Home | Latest news | Load shedding: A food crisis in the making, thanks to the ANC government

Load shedding: A food crisis in the making, thanks to the ANC government 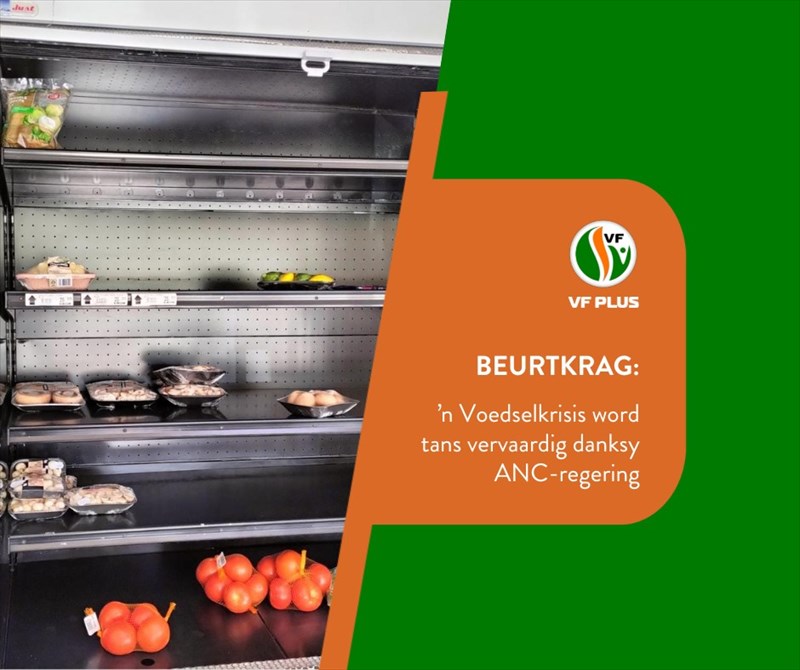 Everyone is familiar with the short-term consequences of load shedding: Lower industrial productivity, personal inconvenience and municipal water shortages are the most obvious.

Record-high food prices and even food shortages are, however, other possible consequences in the future.

In the 80s when electricity was abundant and EVKOM, as it was widely referred to at the time, invested in infrastructure, the agricultural sector was largely electrified.

New possibilities, like the large-scale rearing of broiler chickens, thousands of hectares under centre-pivot irrigation, expansive fruit orchards and climate-controlled greenhouse production, have characterised South African agriculture ever since.

Without electricity, irrigation is limited to flood irrigation – which means less land is available (as the land must be situated downstream from a dam or canal), it wastes water and quickly compromises soil quality.

The agricultural production cycle is at its shortest about six weeks, but it usually runs over several months or even years.

Broiler chickens or vegetables that died during the last two weeks' power outages, will cause gaps in the market over several weeks.

Potatoes, maize and certain fruits will not be available in a few months' time, while orchards will only produce again in the next season or will have to be re-planted.

These shortages may make it impossible for poor South Africans to buy nutritious food. Farming enterprises that go under will deliver yet another severe blow to a sector that is already facing numerous other challenges.

Organised agriculture's attempts to adjust load shedding to the agricultural cycle have thus far not had the desired results.

The FF Plus is reiterating its call for the electricity market to be opened up.

Should businesses, including those in the agricultural sector, be able to generate their own power and sell any surplus, they can contribute to resolving the power crisis.

Solar and wind power on farms are obvious possibilities. Larger businesses can also look into possibilities in the hydrogen economy, while small-scale modular nuclear power units can provide more stability.

The one condition for realising all these possibilities and supplying power to the entire country, relieving the pressure on the national grid and putting an end to load shedding, is a free energy market.

Regulation should be limited to safety and technical aspects.

At present, though, the centralist ANC government is not willing to take such a step. While plans must be made in the meantime, the surest long-term solution is to oust the ANC in 2024.