Latest developments at Necsa are disconcerting 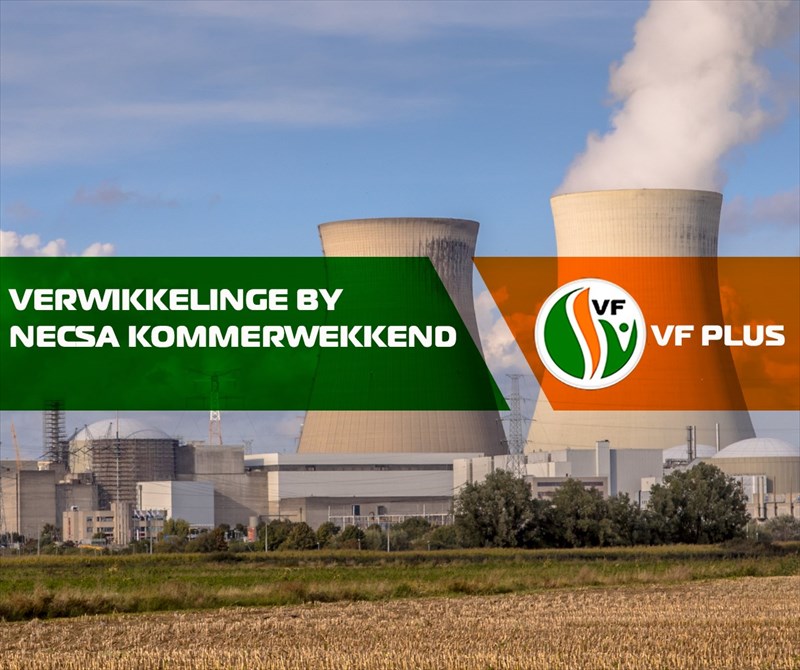 Contradictory reports about the Nuclear Energy Corporation of South Africa (Necsa) serve as a bad omen for a country where energy supply is already unstable.

Necsa replaced the former Atomic Energy Corporation (AEC). The AEC, which was established in the sixties, made South Africa a nuclear power with the ability to utilise nuclear energy for both peaceful and military purposes.

The Koeberg power station, which supplies the majority of the Western Cape's power, is one of the outcomes thereof.

Ever since its conversion to Necsa in 1999, this public enterprise has been responsible for the production of Molybdenum-99 isotopes that are used in nuclear medicine (in the fight against cancer in particular) as well as for enriching uranium for the Koeberg power station and the safe storage of Koeberg's nuclear waste.

Seen in this context, the instability in Necsa’s management and oversight, which has been present for years now, is a great cause for concern.

In August 2019, it was reported that in just six months, the organisation had had six chief executive officers and two chairpersons. That was after the High Court declared former Minister Jeff Radebe's suspension of two board members in 2018 unlawful. They were, however, not reinstated in their positions because their terms had since expired.

With regard to the latest developments, reports state that the remaining three board members have all resigned. One media house even reported that it had seen the resignation letter, but the Minister of Mineral Resources and Energy, Gwede Mantashe, denied having received such a letter.

He added, however, that he will not stand in their way if they do want to resign. It would mean that Necsa will be without a board and a permanent chief executive officer.

The medical products produced by the Necsa subsidiary Nuclear Technology Products (NTP) are an important earner of foreign currency. And, therefore, problems in this division of the enterprise are extremely detrimental to the South African economy.

Fuel for Koeberg and the safe disposal thereof is an entirely different story. Problems in that regard could bring South Africa to its knees. It could result in a permanent, and justified, loss of investor confidence in South Africa as an investment destination.

The FF Plus is calling on Minister Mantasha to step in at once. To turn Necsa's control and management structures around successfully, technical expertise and skills must be the top priority. In this case, cadre deployment could cause just as much damage to the country as a nuclear explosion.

@pierredevos Not one of the arguments you mention in your article are news or unknown to proponents of a Free Cape.… https://t.co/AT0I7NWwcQ