Home | Latest news | Firearms amnesty does not achieve its goal: It is wishful thinking to believe that criminals will turn in their firearms

Firearms amnesty does not achieve its goal: It is wishful thinking to believe that criminals will turn in their firearms 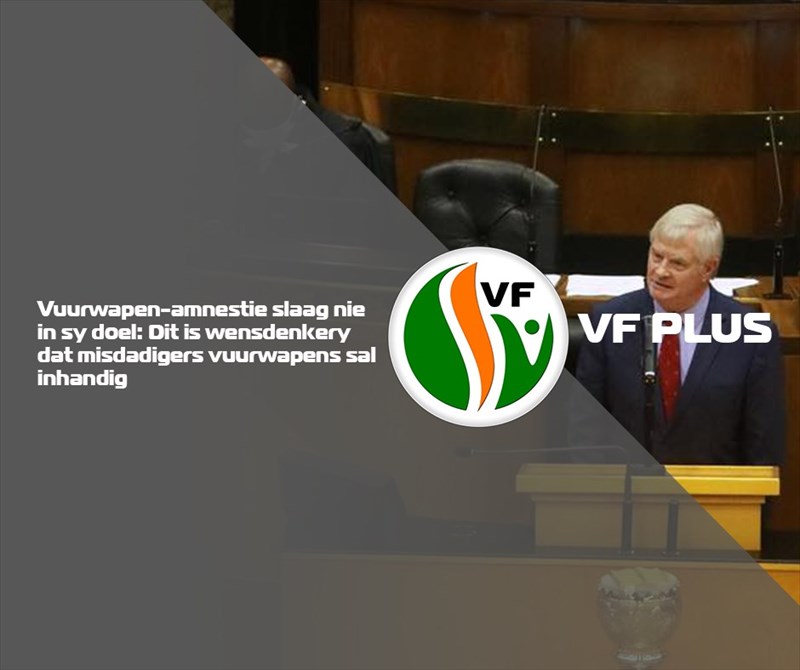 It is wishful thinking to believe that criminals will use the firearms amnesty period to hand in their firearms.

Statistics published by the police service itself reveal that not a single criminal handed in his firearm during the amnesty period, despite that being the main reason for granting amnesty.

The harsh reality of the present situation is that lawful owners, who failed to renew their firearm licences in time, are forfeiting their firearms while criminals are still armed.

Asserting that guns kill is like saying pencils make spelling errors. It is the human holding the instrument who is responsible for the crime. Therefore, the law should instead focus on prosecuting irresponsible firearm owners, like the leader of the EFF who fired his weapon in public.

The issue of amnesty relates predominantly to illegal firearms and not firearms for which the licence has expired.

Lawful firearm owners who failed to renew their licences in time must instead be granted the opportunity to do so while paying a fine depending on the period that the renewal is overdue, just like in the case of motor vehicle licences.

The FF Plus leader (Dr Pieter Groenewald) submitted a Private Member’s Bill in 2018 to make this possible, but the ANC voted it down.

The problem must be addressed by amending the law so that people do not forfeit their firearms if they fail to apply for the renewal of their licence three months before their current licence expires. The FF Plus will take up the matter with the relevant parliamentary Portfolio Committee.

The FF Plus assumes that people who turn in their firearms because their licences have expired will be granted another opportunity to apply for a new licence.