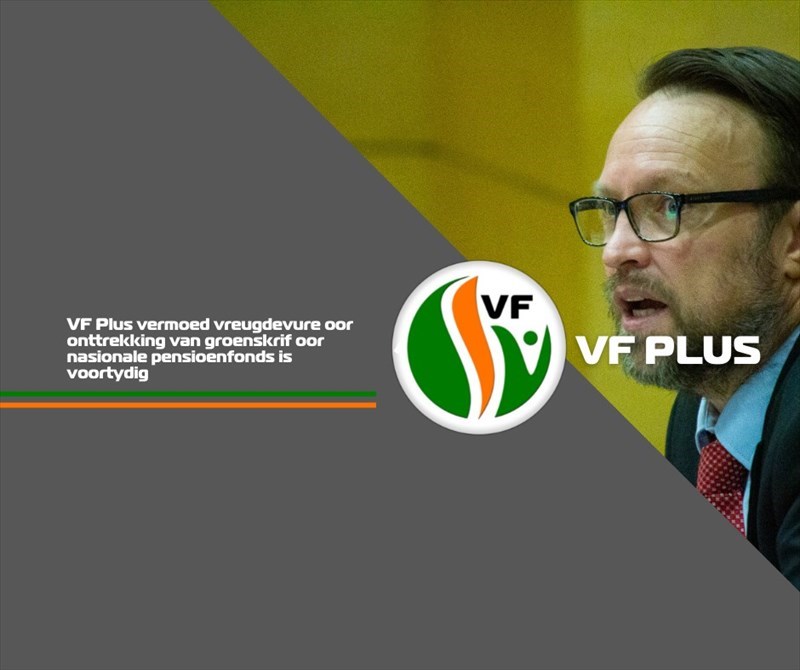 The FF Plus had its suspicions when the Department of Social Development withdrew the Green Paper on Comprehensive Social Security and Retirement Reform as the party felt that the ensuing celebrations may be premature.

Unfortunately, the party's suspicions proved to be true when the Department announced that the Green Paper was merely withdrawn in order to revise it and rectify some mistakes. Only time will tell whether these revisions will change the essence of the Green Paper at all.

The ANC is known for making false and unaffordable promises to voters just before elections and then trying to deliver on those promises despite their impracticality.

The FF Plus is convinced that the ANC is serious about implementing the Green Paper seeing as the ANC's poor economic management of the country plunged large numbers of ANC supporters into poverty long before the Covid-19 pandemic came along and as a result, voter support for the ANC is seriously dwindling.

The effects of the pandemic, the consequent lockdown and numerous irrational restrictions as well as the recent riots in KwaZulu Natal and Gauteng during July have all contributed to making the hole in which the ANC currently finds itself much deeper.

As a result, the ANC is losing support at a tremendous pace and its only quick fix for the problem is to pacify voters with promises of a national pension fund and a basic income grant.

The FF Plus is, therefore, preparing itself to put up a huge fight to stop the Green Paper from ever being passed as law.

#DA/ANC Coalition. Now we know the DA wants to take your votes into a coalition with the ANC @iol ⁦@Netwerk24⁩ https://t.co/5guoXPjPhG

RT @VFPlus: The advantage of multiparty governments is that it minimises the misuse of power and the values and thought processes of the la…