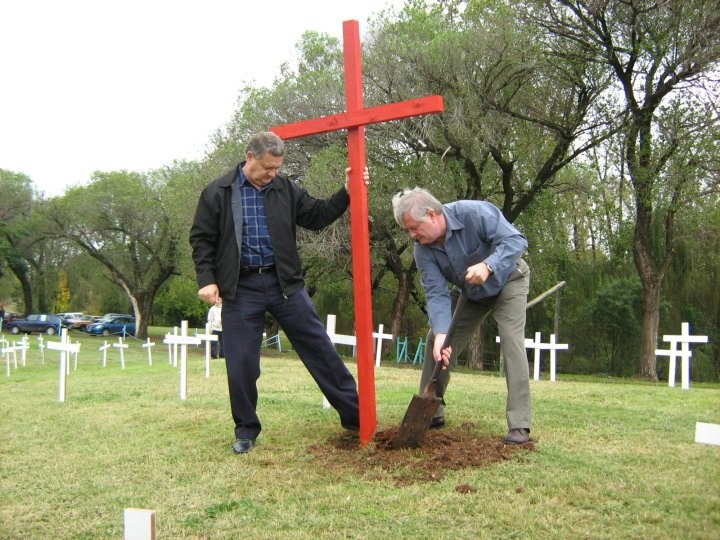 Freedom Front Plus – Actions and Successes

FF+ succeeds in having “Kill the Boer,…” declared as hate speech.

When the ANC continued to sing the song in public, the FF+ laid a complaint about it in 2003. The complaint was successful and the Human Rights Commission declared the words   complained of to be hate speech. The decision was thereafter used in al kinds of further successful court applications and complaints by various organizations, until the present time.

Following speeches and political pressure, the Police in 2001 set up a Commission of Inquiry into Farm Murders and attacks. The FF+ was the only political party which made a submission to the Commission. Our submission proposed that farm murders were political and that the death penalty should be brought back.

Dr. Pieter Mulder said that it was important to bring the problems of the Afrikaners to the attention of the international community. As a first step the FF+ laid a complaint about the lack of safety of Afrikaners and farmers with the High Commissioner of the United Nation’s International Human Rights Commission (IHRC) in 2001. This issue was in this way brought to the attention of Ms. Mary Robinson.

FF+ compiles a report on crime and farm murders for Mandela.

Following continuous complaints of the FF+, President Mandela in 1997 asked Gen. Viljoen, the then leader of the FF, to compile a report on crime and farm murders. Viljoen involved Col. Jan Breytenbach, former commander of 32 Battalion, by this crime combating plan. The comprehensive plan provides for the establishment of rural structures against crime.   Members of the Police do not like the plan as they are frightened of a private army.

FF+ brings farm murders to the attention of the USA, Britain and German leaders.

During Pres. George Bush’s visit to South Africa, Dr. Pieter Mulder, Leader of the FF+ handed a video to his delegation on the 8th July 2003. The video deals with farm murders in SA. In similar vain, Dr. Mulder personally handed a copy of a program of Carte Blanche on   farm murders to the Foreign Relations Committee in the British Parliament in London on the 14th July 2003. A copy of the same video was handed on the 23rd January 2004 to Mr. Gerhard Schröder, German Chancellor during his visit to South Africa. Mulder said that it was part of the FF+ campaign to bring the “unacceptably high prevalence of violent farm attacks and murders in South Africa” to the attention of the international community.

FF+ fights in Parliament with questions and debates on farm murders.

The FF+ regularly participates in protest marches against farm murders. The party therefore on 21 March 2004 planted 60 white crosses in Pretoria to visibly illustrate 60 murders per day. A pair of shoes was placed at every cross to indicate that somebody’s place is empty. On 27 April 2010 the FF+ planted crosses in Potchefstroom.

In June 2012 Dr. Pieter Mulder held talks and had discussion with members of the European Parliament in Strasbourg about farm murders. On 29 November 2012 he proposes a motion on farm murders at the 11th Conference of the UNPO in Geneva which was unanimously accepted. Mulder was elected to the presidency of the UNPO and on 22 November 2013 he placed farm murders on the agenda where it is discussed. The FF+ does everything possible to bring the extent and unacceptability of farm murders to the attention of the international community.