Crime statistics: Comparative figures for the past ten years point to decline of police force 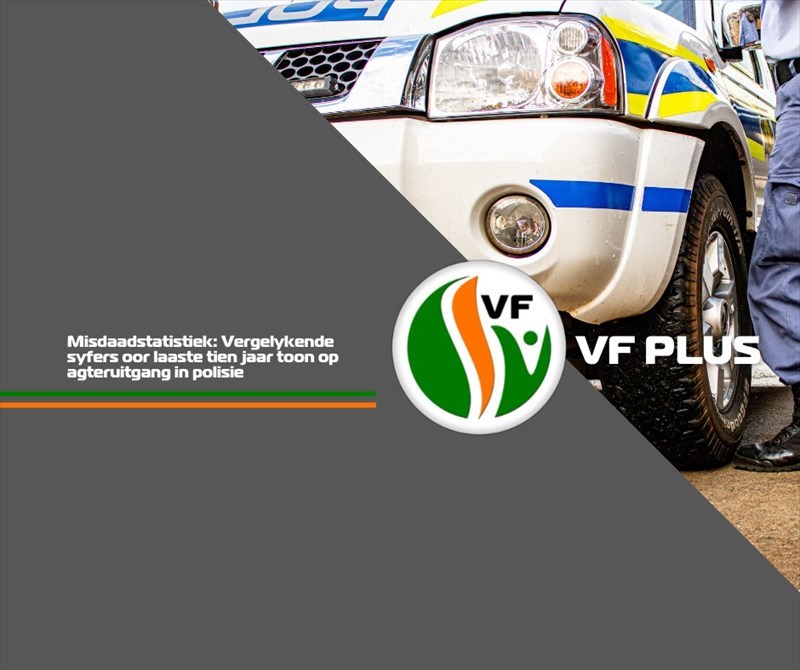 The constant upward curve in crime statistics, as perpetuated by the latest quarterly figures (July to September) that were released today, serves as sufficient proof that criminals are increasingly winning ground against law and order in South Africa.

However, it is only when a comparison is made between these figures and the crime statistics of the last ten years (from the beginning of 2012) that the shocking reality of the rise in crime becomes apparent. One such an example is murder, which spiked with approximately 75%.

It is a clear indication that the police force is fast declining and the ANC government is to blame for this, due to a number of reasons. One of the greatest is the loss of expertise in the force, predominantly as a result of Affirmative Action (AA).

Other reasons include the abolishment of specialist units, a series of poor and politically motivated appointments in the office of the national Police Commissioner, and the general failure of the police force's top management followed by the erosion of structures, as is evident in the deterioration of laboratories used for DNA testing, the slow processing of firearm licence applications and the ineffectiveness of the police's intelligence services.

No new police recruits have been taken up into the force over the past two years. At present, the police has a backlog of 14 000 officers.

With regard to today's figures, two of the three feared Trio crimes showed an increase in comparison to the corresponding period last year. Last year, a total of 5 107 murders were reported during the period in contrast to this year's 6 163 for this quarter – an increase of 1 056.

Concerning the other two Trio crimes: Carjacking increased from 4 803 to 4 973, while robberies at residential premises decreased from 5 760 to 5372.

When compared to the same quarter last year, incidents of rape increased from 8 922 to 9556. Other offences of a sexual nature, like sexual assault, decreased slightly (from 1 758 to 1 753).

In the police's presentation this morning, Minister Bheki Cele said that he is satisfied with the progress that has been made in the fight against crime and that the police is busy addressing the crisis with DNA testing.

The national Commissioner, Gen. Khehla Sitole, added that the figures look 'better' than the previous quarters.

As was the case with state capture, this is happening on the ANC government's watch and the hard facts are there for all to see. It will certainly not help to plead ignorance later – like President Cyril Ramaphosa is currently doing about state capture.