Court of Appeal’s ruling on Unisa and Afrikaans: Reprimand for Minister Nzimande 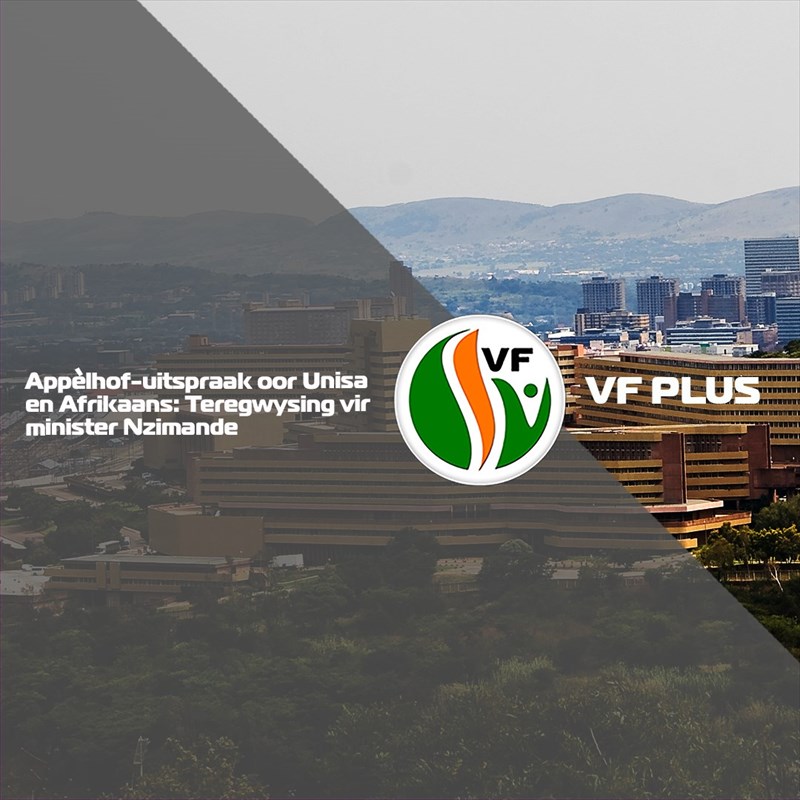 The ruling by the Supreme Court of Appeal, namely that Unisa's decision to stop offering Afrikaans as a medium of instruction was unconstitutional and unlawful, is a sharp reprimand for Dr Blade Nzimande, Minister of Higher Education. Nzimande repeatedly responded to parliamentary questions by the FF Plus by saying that teaching in Afrikaans is a method of exclusion at universities.

Nzimande also referred to the court rulings on the language policies of the Universities of Stellenbosch and the Free State as proof that his Department's one-language policy is constitutional. Those rulings, however, lack answers to the question of how reducing the number of languages will ensure greater inclusivity. It also seems as if the action against Afrikaans is being used to cover up the fact that other African languages are not being developed.

This ruling is extremely important and, thus, the FF Plus will compare it closely to the rulings on the Stellenbosch and Free State language policies. A more in-depth response will follow.

AfriForum, who took the matter to court, deserves to be congratulated on the victory.