Home | Latest news | Arrest warrant for Zuma: Important that the people of South Africa see that our legal system is fair

Arrest warrant for Zuma: Important that the people of South Africa see that our legal system is fair 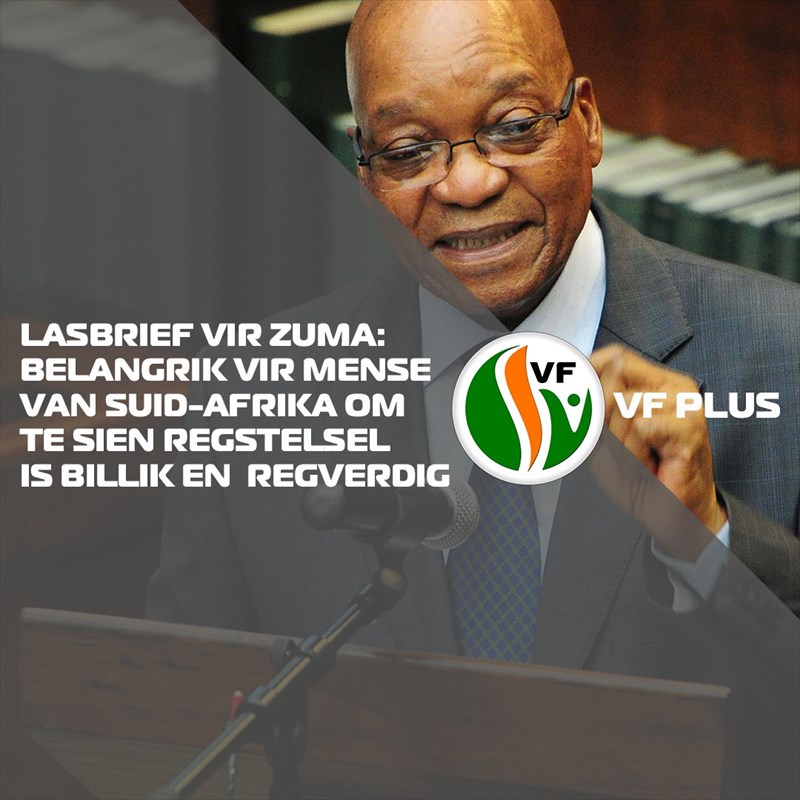 The FF Plus welcomes the decision of Judge Dhaya Pillay to issue a warrant for the arrest of former President Jacob Zuma, who failed to attend his corruption court case in the High Court of Pietermaritzburg today supposedly due to medical reasons.

Judge Pillay's decision to issue the arrest warrant in accordance with the legal precepts is encouraging seeing as that is basically all that the people of South African have left – a legal system that is implemented fairly and that treats everyone as equal before the law.

The FF Plus has said before that former President Zuma's medical condition cannot be kept confidential because he is a public figure who allowed taxpayers' money to be stolen.

He must disclose his medical condition so that everyone can know what it is all about and so that the people can assess whether he really is so sick that he is unable to attend court proceedings. After all, he was adamant that he is innocent and he even said that he wants his day in court to prove his innocence.

RT @VFPlus: No one can perform optimally when a demographic model determines career success, regardless of one's performance.