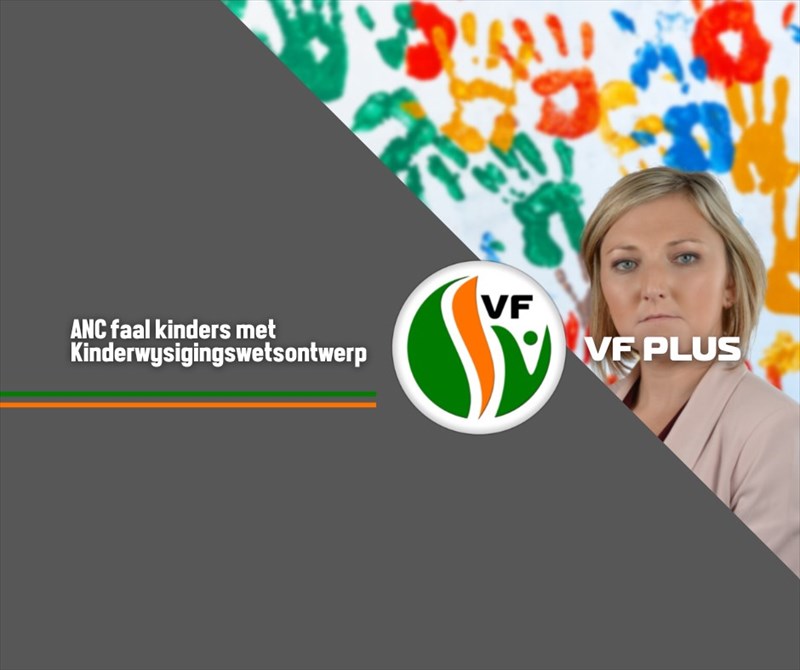 The Children's Amendment Bill was supposed to benefit the children of this country; the most vulnerable who do not have a voice of their own.

Instead, it turned onto a battle of words between the ANC and opposition parties in the Committee. A battle with the children being the only ones on the losing side.

It is walking on thin ice to reject a proposal which would have improved the draft law just because the proposal was not put forward by an ANC member.

An example of this is clause 10 that deals with Section 21 of the Bill. It addresses the rights of unmarried fathers.

It was initially contained in the Bill, but it was ultimately rejected as a result of the ANC's bullying in the Committee.

It should have been included, because many children, who have been orphaned or abandoned by their mothers, live with unmarried fathers.

The amendment to Section 21 would have helped to prevent these children from landing in foster care. Ninety percent of all submissions supported Section 21, but not the ANC.

More than a thousand pages of submissions were received by the Committee. Hundreds of organisations proposing improvements were heard.

Meaningful proposals affecting the practical implications of the Bill were made, but to no avail.

As is, the Bill is flawed and does not address the actual challenges experienced in the field of foster care.

The Bill has also been pending since 2011. Eleven years and four court order extensions later and just two months before the latest deadline of November 2022, the Bill has still not been given the attention and revision it needs.

It has dragged on for so long that the entire Bill should have been revised instead of focusing only on what the court had ordered.

It took the Committee no longer than half an hour to reach a decision on these amendments. It was done without a clause-by-clause analysis or any reference to public submissions.

The ANC committee members certainly did not strive for excellence with this amendment. In fact, they did not even achieve mediocrity.

They achieved nothing. These amendments are not in the best interest of the child.

Section 28(2) of the Constitution stipulates: "A child’s best interests are of paramount importance in every matter concerning the child."

The Committee has failed to uphold this and, thus, failed to fulfil its constitutional mandate.

Once again, the ANC has failed the children of South Africa.