ANC acknowledgement regarding air force jet: FF Plus poses questions to relevant ministers to ensure that the guilty parties are held accountable 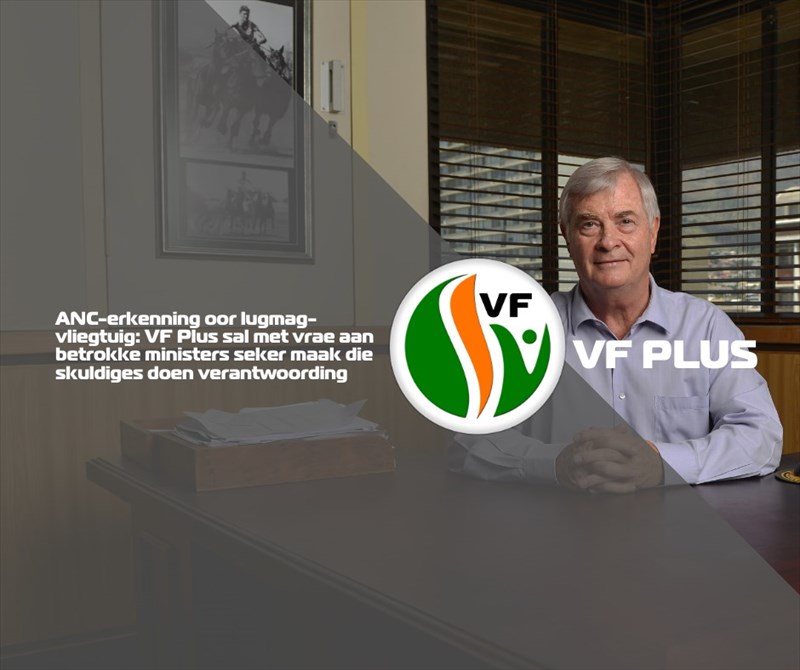 With its willingness to pay for the air-force flight to Zimbabwe, the ANC has in effect admitted that it misused defence force transport and the FF Plus has already posed questions to various ministers about the matter to ensure that the guilty parties are called to account.

The ANC's conduct makes it clear that the ruling party was aware of the planned trip beforehand, but it still took a chance to see if it could get away with it.

The leader of the FF Plus (Dr Pieter Groenewald) will request, among other things, a fully detailed and itemised account of the flight to determine whether all the costs related to the delegation's trip will indeed be paid back.

In an effort to obtain answers, written parliamentary questions about the costs have already been sent to the Minister of Defence and Military Veterans, Nosiviwe Mapisa-Nqakula.

Apart from the cost aspect, the lockdown regulations for quarantine have also been violated and suddenly going into quarantine seven days later is just for show. The FF Plus also posed questions about this to Dr Aaron Motsoaledi, Minister of Home Affairs, to determine whether all the members of the delegation obtained permission for the trip beforehand.

The ANC is not above the law. Breaking the rules and then playing the saint when you are caught out will not make things right. When the law is broken, there must be consequences and prosecution and that goes for high-flying ANC office bearers as well.