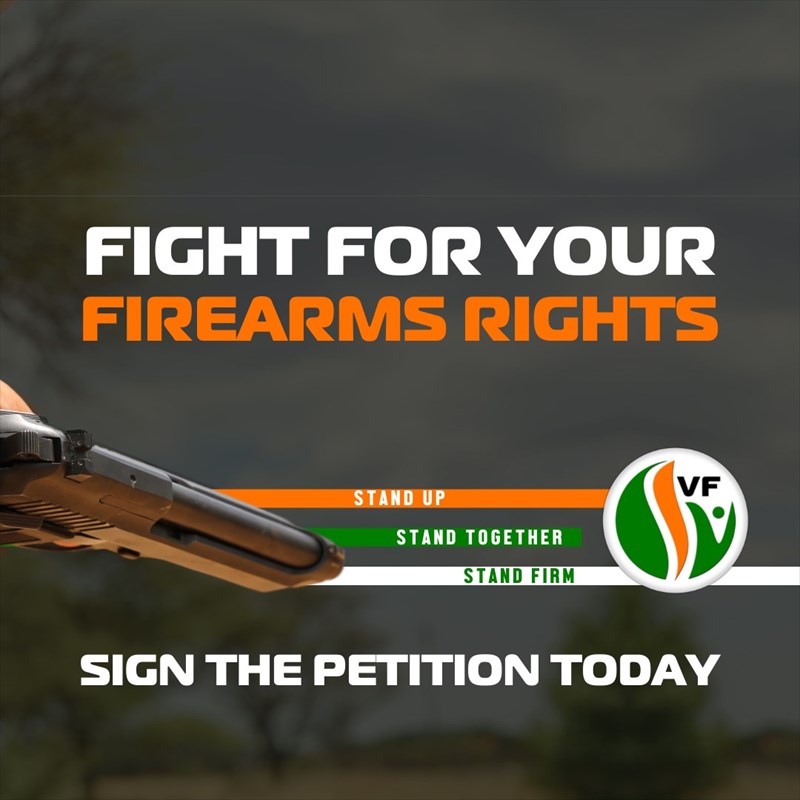 The proposal that the category for possessing a firearm for the purpose of self-defence must be struck, as expressed in the new draft Firearms Control Amendment Bill, will leave South African citizens vulnerable against crime and create a paradise for criminals.

With the country's murder rate being five times higher than the world average and rampant robbery and farm attacks, it is vital for citizens to possess firearms in order to defend themselves.

The problems in the police force and the legal system's failure to successfully prosecute criminals serve as proof that the government cannot properly protect its citizens against criminals. The proposed amendments are a slap in the face of lawful firearm-owners and the citizenry on the whole.

By removing the category for owning a firearm for self-defence, the Minister is not making the relevant criteria more stringent, he is in effect prohibiting it altogether.

The latest crime figures serve as proof that the police force does not have crime, and violent crime in particular, under control and, thus, it is failing to do its constitutional duty to protect South Africa's people and their property.

If the government does not offer you the protection you need, you have the right to protect yourself and your family by any means possible, including owning a firearm for self-defence. In addition, it is everyone's common law right.

The government must stop deluding itself and the people by creating the impression that firearms are the cause OF the high murder rate in South Africa.

Disarming the citizenry will only benefit criminals and promote crime, which will certainly increase sharply.